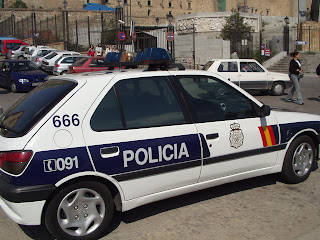 My girlfriend was kind enough to detail my drunken demise on Sunday. During my rum-fueled stupor, she claimed that I pushed for the "invasion" of the Ivory Coast. Nothing could be farther from the truth. I was merely suggesting that we take advantage of the current power vacuum and shaky political climate and attempt to manipulate price swings in the cocoa market for our financial gain.

Over the weekend, I had read an article about the instability in the Ivory Coast after a heated election where Alassane Ouattara beat out incumbent Laurent Gbagbo, but Gbagbo refused to step down. Gbagbo controls the military, but Ouattara has the cocoa traders on his side. Ouattara ceased cocoa exports for one month in order to put a financial stranglehold on Gbagbo. Once the military realizes they are not going to get paid, they will turn on Gbagbo and support Ouattara. As a direct result of the ceased exports, the price of cocoa soared when futures markets opened on Monday.

With the Ivory Coast on my drunken mind, I blurted out what I thought would be a strategic move to corner the cocoa market with the cooperation of both the military and the traders. Nicky assumed that I was calling for a full out military invasion of the Ivory Coast. I was explaining that we didn't need to resort to violence to pull off a successful coup, rather we needed to use bribes and clever maneuvering in order to seize control of the country's cocoa (and coffee) production.

I never used to think this way until I visited Argentina in 2009. I did a lot of research before my trip and read about the implosion of their banking system which led to eventual the financial collapse of the country. While consuming Quilmes (the local beer) at a random bar in Mar del Plata, I had a discussion with Otis that would change my life forever. We essentially drew up the necessary plans to pull of a coup d'etat in any unstable Latin American country and parts of Africa.

As they say, it all started with a cop car...

How To Take Over a Country Rooted with Political Instablility and Severe Economic Strain in Six Easy Steps:

1. Military/Police Cooperation. In order to seize control in a power vacuum, you need to pay off the guys with the weapons and heavy artillery. On a sovereign scale that means controlling all facets of the military, and on municipal scale, it means controlling the police. It all starts with a cop car. If you can successfully buy a cop car and bribe one police official, then it's just a matter of time that you can get the police chief in your pocket. The same theory applies to the military. After bribing a few soldiers, you move up the chain of command, then acquire a tank and surface-to-air missiles, and pretty soon you have all the generals on your side.

2. Media/Mind Control. The second prong of the coup involves taking over a TV news station, either by force or buying it outright. Once you control one tentacle of the media, then you can branch out into other TV stations, newspapers, radio, and websites. It's necessary to fund the local film industry in exchange for creative new regime propaganda to help keep you in power. You can easily control the citizens through the media because everyone knows that TV is the opiate of the masses. And you'll also have to censor the internet and prevent your newly conquered citizens from accessing any material that might be harmful to your regime. Internet censorship and diligent social media monitoring will be your key to stomping out any and all dissenters. If you can keep the silent majority preoccupied with football and their equivalent of the Jersey Shore, then you won't have to worry about a mass uprising and/or quelling a civil war.

3. Religious Leaders Pray for Us. If you're going into a hot zone of religious fervor, it's imperative that you eliminate all potential opposition in the religious realm. If the religious leaders are weak, corruptible, and easily coerced, then you'll have no problems preventing an insurrection.

4. I Fought the Law and I Won. When you have the "order" side in check with the police/military at your disposal, and religious leaders singing our praises, and the media's cooperation at helping you control a sedated populous, it'll be rather easy to buy off the "law" and manipulate the courts. Once you control the judges, politicians, and lawmakers, the next step is constitutional reform with new laws favoring your actions, so they are not deemed illegal.

5. Everyone Needs At Least One Trading Account. Once you're in power, you can accumulate wealth and the accompanying kick backs from awarding fat government contracts to your friends and family. Once word gets out that you've seized control of all of the major industrial, mining, and agricultural sectors, the big swinging dicks on Wall Street will want to partner up with you. Yep, the big banks and brokerage houses will be lining up to manage your new-found wealth. Open up a trading account with Goldman Sachs and J.P. Morgan. Then establish a few off-shore bank accounts and hide your wealth in Switzerland, the Cayman Islands, and the Isle of Man.

6. It Takes Money to Make Money. Once you have the cooperation of Wall Street bankers, you can then borrow billions at low interest rates and use the majority of the money to buy gold, because everyone knows the U.S. Dollar is doomed. The rest of the borrowed money will be used to bulk up your military (expanding to a navy and air force, and creating a special secret intelligence outfit) so you can invade neighboring countries and acquire even more natural resources. If there's nothing within your region to conquer, then find another unstable country on the other side of the world and start from scratch... by buying a cop car.

There you go... six simple steps to inciting a revolution. I'm busy through the end of the summer, but in the fall of 2011 I'll have a free schedule. So if anyone wants to help me incite a revolution in South America or in Central Africa, please let me know...meanwhile, I'll be thinking of clever ways to manipulate the cocoa market and using the proceeds to hoard silver and other precious metals.
by Pauly at 1/25/2011 05:55:00 AM

Email ThisBlogThis!Share to TwitterShare to FacebookShare to Pinterest
Tags Politics