A lesbian flirted with me.

It's happened before, but never in a grocery store. It had been a while and was so taken aback by the situation that I forgot to smile. Hey, everyone likes to be wanted, right? Especially by lesbians. I assumed this would happen frequently in San Francisco, a city that has become a haven for lesbian activity, but, I was unprepared for any sort of banter over chocolate milk of all things, especially with short-haired lesbians that usually want to beat me up for having a cock swinging between my legs, and not flirt with me.

I blame the special atomic brownie I had ingested a couple of hours earlier. I probably should not have been out roaming around the streets of San Francisco and interacting with the public during those highest levels of toxicity. I probably should've just stayed home and zoned out in front of the TV flipping back and forth between college football and the baseball playoffs. Alas, my sweet tooth got the best of me. I craved two things that we didn't have in the apartment: Joe-Joe's and chocolate milk. 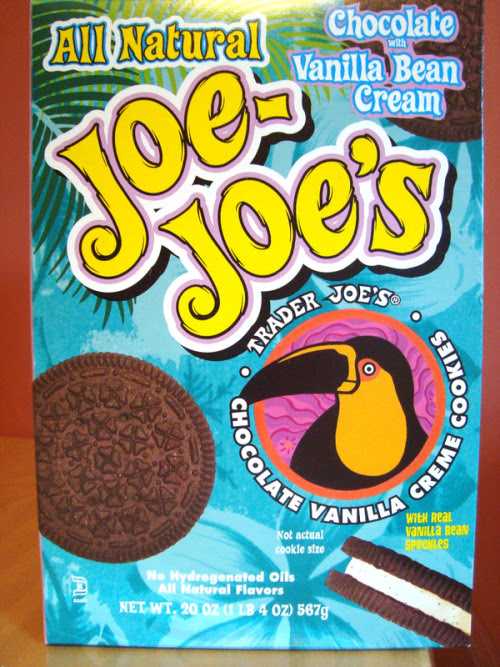 If you have never been to Trader Joe's, they sell cookie product that is crack-like. It's a knock-off version of an Oreo called Joe-Joe's. They taste delicious and are slightly more healthy than the typical Oreo. Sure, if you eat 20 in a sitting, that's bad for you, but one or two Joe-Joe's ain't gonna kill anyone. They also make a second kind of Joe-Joe's with special chocolate covered filling. Yeah, now you know why I'm addicted to boxes of Joe-Joe's. Chocolate plus chocolate. Yeah, those delectable cookies are packaged in boxes which has a cute little toucan on the front. I assume his name is Joe and those are his fucking cookies. I really don't care for semantics when it comes to stoner food stuffs, so I never spent more than two seconds inspecting the box before I tore it open.

An open box of Joe-Joe's gets eaten within a few hours in my apartment. I could blame my roomies Halli and Nicky for devouring the cookies while I'm not looking. Sometimes I have to hide the boxes or they will get devoured by folks when they stop over on Monday nights to play poker.

Or maybe there's an invisible ghost that floats around, or a grey alien colony behind our house that sneaks in while I'm sleeping to polish off the rest of the cookies.

Anyway, with a Yankees game (or moreso the continuation of a rain delay from game 1 which lasted 23 hours) on the agenda, I had to make sure I had a proper snack to keep up my inflated energy levels during the baseball game. Hence, why I actually snuck out and wandered around Trader Joes during a worst possible time -- when it was super crowded, like it always is. Some reason, Saturday afternoons are hell at Trader Joes because hipsters, hippies and parents with strollers converge on the local grocery store in my neighborhood.

Busy super markets were not designed for fucked up people. Yes, those 24-hour mega-stores are perfect for stoners and drug fiends during late night "I got the munchies" runs at 2am when the store is practically empty and you can roam the brightly-lit aisles without fear of bugging out other customers because you reek like weed and eyeballs are bright fucking red.

The Trader Joes in my hood is not designed for intoxicated freaks at 2pm, right around the time the brownie kicked in and minor hallucinations bombarded me as I walked down the street. Whoever made the atomic brownie, specifically designed for medicinal marijuana cancer patients, was right to advise me to only eat half.

I took one step into Trader Joes and was already miserable because I got stuck walking behind a very rotund lady. I was a little slow to "hit the hole" whenever a small gap of space opened up. The New Yorker in me often feels like a running back in a crowded situation, ready to be pounced up by blood-thirsty defensive linemen, so I quickly hit a tiny gap in the crowd to avoid the crush. My quick feet became stumps caught in sand. I hesitated and failed to rush ahead, so instead I kinda slowly waddled through the flower section before I got up the nerve to hit the hole when the next gap presented itself in front of a fruit stand. Instead of a smooth transition, I banged into the lady and she almost fell over into the oranges.

I quickly disappeared into the crowd and remembered to get the only thing that Nicky asked for -- a small carton of half and half for her coffee. While in the milk/dairy section I found the mother load of chocolate milk. But not just any chocolate milk, but Trader Joe's super, smooth special organic chocolate milk, that tastes like silk-flavored chocolate cascading down your windpipe.

I'm not much of a milk guy and I'm very paranoid that any Fukushima radioactive fallout with manifest itself in the US by disrupting milk production, but I put my fears aside and pulled the carton of chocolate milk into my basket. I had to have the chocolate milk. So silky...

I rounded up a couple of total stoner items like graham crackers, Joe-Joe's, and chocolate covered raisins. I got freaked out by a hippie girl arguing with someone over the "free trade" cocoa label and quickly abandoned the aisle. I found myself at the front of the store and assessed the line situation. I had fewer than six items, but usually the "12 items or less" was longer than the regular lanes due to angle-shooting hispters. I stood in what I thought was the shortest line and patiently waited for my turn, hoping that everyone around me didn't notice how wasted I was. That's when it was time for me to get my good scanned and the lesbian hit on me.

"Oh my god," said the lesbian, who looked like Tom Cruise circa Risky Business, "I looooove this chocolate milk. It takes so silky and smoooooth, like I'm drinking a chocolate shake."

She said this while caressing the carton before slowly putting it in a paper bag. She then gave me the gaga eyes. I did a doubletake. Did she really say that? Did she really look at me that way? Seriously, I know I was fucked up, but was a lesbian actually hitting on me?

The only thing I could muster up was... "Thanks. This is the best chocolate milk in the solar system. My kids love it."

Yes, I know what you're thinking... I don't have kids (at least that I'm aware of). And no, I have no clue why I blurted that out. I blamed the brownie and the lesbian really knocked me off my game, so much so that I started talking about my imaginary kids. Lesbians have that strange mystical power, and the ones I've encountered love organic chocolate milk. I better get used to that fact, because lesbians are a dime a dozen in San Francisco.
by Pauly at 10/02/2011 10:21:00 AM