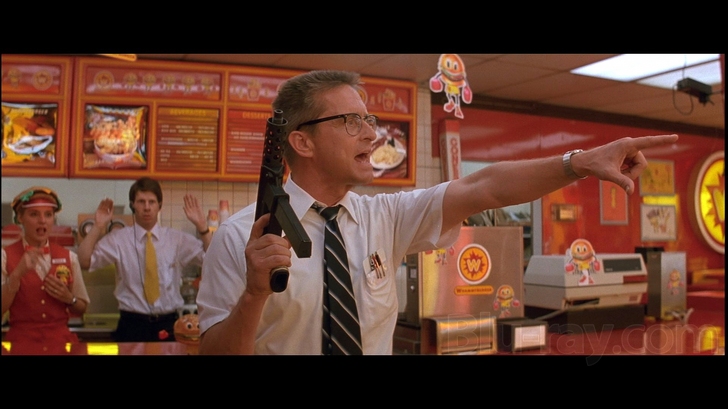 "Get it together man."

It's weird to see a grown man sob. It's even weirder to see it happen in the middle of morning rush hour. Crowded street. Downtown. Sure, it's by far not the weirdest thing I've seen in San Francisco. I mean, it was only 8:30am and I had saw enough freaky shit in the previous hour that could inspire a Todd Solondz screenplay and fill an entire book of Bukowski poems. Just five minutes in the Tenderloin is enough to give squares a serious bout of PTSD. The human grenades... step in one pile of human fecal matter and you're dunzo. Oh the horror, the horror. Human grenades... it's the hipster version of a IED.

"Hey man, I know this is tough, but you need to pull it together."

No one noticed him. The invisible sobbing geek. Waves and waves of pedestrians were rushing of to their jobs, whizzing past him while clutching Starbucks cups in their left hands and their phones in their right. Not paying attention, yet somehow not hitting him. They missed the guy losing his marbles.

"This self-pity schtick isn't getting you anywhere."

Self-awareness is essential to success, but when you venture into self-pitty-dom, it's really a shortcut to self-indulgent navel gazing, which is the worst form of passive-agro narcissism. Life is suffering. Buddha said that. It's something you have to accept, and once you do, everything else is cheesecake.

"Seriously bro. Pull it together. Otherwise, some SF cop is going to haul you off for whatever reason."

They don't treat the crazies with kid gloves anymore. Everyone is a potential terrorist. Even middle-aged tech pioneers. I sort of felt bad. Yeah, in one way he incurred a bad beat without any warning. But crying like a spoiled teenager isn't the type of behavior you want to see in a so-called industry leader.

"You want me to find you a cab to go home? Contact Uber?"

Tough finding a cab at that hour and Uber would be 3x surge. He was in no condition to drive. He couldn't walk a few steps without losing it. Sort of half-hyper ventilating and half silent-crying. Every couple of minutes he'd unleash a spastic jolt and his entire body shivered. Quickly and violently for a few seconds.

"Just go home. Sleep it off. You've been up for a couple days tweaking the new system and worrying about the presentation."

I was really worried he'd truly snap. Like really snap. Run back to HQ in full Rambo-gear and pull out an Uzi or something and spray the lobby. Do distraught non-government worker bees and non-HS students crocked on happy pills go on a rampage and unleash mass shootings? Does that still happen anymore? Or did we become so desensitized to the violence that it all blends into one long blurry news clip. There was a time in this country when "going postal" meant someone was on the verge of shooting up the work place. U.S. Postal workers were losing their minds and going nuts in the 80s. Too much mail in Reagan America. It never stopped coming and they got paid peanuts. They didn't realize that the entire system would become obsolete in a few decades with the rise of email and text messaging and dick picks via SnapChat. In the 90s, school shootings happened every few months that it became too common and matter of fact. In the 10s, violent outbursts and gun incidents occur with such frequency that each incident loses its paralyzing impact with 24 hours of the event. But postal workers and high school kids shared common ground... they both had a momentarily psychotic break with reality. Pressure cookers. The four walls around us can be immense pressure cookers. Something happens to people when they get wound up real tight and stuck in an undesirable setting and surrounded by bullies and egomaniacs on power trips and morons failing upward and the pressure to seem normal in an abnormal system. Add more stress with the inability to let shit roll right off you because it all digs in deep and finds a way into your soul through every crack on the outside of your broken shell of armor. Unable to see anything pleasant when confronted with the suffocating reality that the future offers up no hope, not even a ray of sunshine. The winter of discontent. It's everywhere. Drowning in freezing rain even though it's sunny and 80 degrees outside and majestic, azure skies with fluffy clouds that look like cotton balls on steroids.

"Look man. I've been there. It's like worst than your dog dying. But you can't take it personal. It's numbers and cents. Ones and zeros. It's not you... it's them. Forget about those fucking vampire squids. Just take the day off and come back tomorrow and we'll find funding elsewhere. Even if we have to Kickstarter the fucker. I won't let this idea disappear into the void. It's too good, too valuable to let go."

People take shit every day. Every. Single Day. And they suck it up. Take it like a man. Pros don't complain... they get the job done. Amateurs bitch and moan. But the pros rise to the occasion and act like a gracious loser and pretend to be a humble winner on the outside. It's just tactful and polite and professional. But sometimes people can suck it up and shine it on and pretend all the shit days don't add up. But it's a cumulative effect. One day, the weight of the world is going to buckle beneath you and you just hope no one gets hurt. But one day... they go over the edge. We also go over the edge eventually. It's how you return from the edge that matters. Losing it? It's not something that you see coming. It's just like in the movies. One day... everything seems normal until they just snap and lose it. Like that movie Falling Down with Michael Douglas. We used to joke that Falling Down was about a college classmate's future... how he'd hump a crappy job in the tech industry for a decade, get constantly passed over for promotions, exploited for low pay, until one day... WHAM... something clicks on the inside, or he's consumed by the darkness and the GO APESHIT CRAZY button gets flipped on.

"Whatever you do... don't drink. You never had much tolerance. Just go home. Pop a couple of Ambien and sleep it off. When you wake up, book a week-long vacation somewhere you can't get internet access. Then just relax. Read a book. A real book. None of the Kindle shit. Read a couple of books and take some more Ambien and sleep and reed as much as you can in that week. Then you come back, refreshed and focus, and ready to find new backers, otherwise, we'll go work on the next project. That's the plan. That's always been the plan. Take a shot and see what happens. If we fail, we go back to square one and try again. Same shit that has been happening for the last decade. Same routine. You stumble upon an idea then develop it. You figure out how to execute it as smoothly as possible and clean up as many bugs as possible. Then you shop it around to the pimps and bean counters and shysters and skull fuckers. If someone digs it, they'll cut you a check. If they don't... well, then fuck them. This is your life. You cultivate your ideas. You generate solutions for people with problems. You actually do something valid. You truly enrich people's lives. That means something. And you do it from nothing. You close your eyes and become one with the void. It's in the darkness where the message appears and then you run with it. Sometimes it's a hit. Most of the time it's not. Most of the time the shit everyone hates is the one thing that breaks through. Sometimes it's the stupid or silly or most basic thing you created that stand out the most. That's the way it goes. You can come up with the gnarliest ideas and execute them perfectly, but you can't control the marketplace. You can fill the void and offer up something that's in high demand. Or you can sit around and try to over-saturate the market with a watered-down version of the app du jour. You can add to the static, or you can fire off shots into the dark and hope you hit a bear straight in the testicular region."

He didn't want to hear what I had to say. My words went right through him. He didn't even laugh when I talked about the bear getting shot in the nuts. Oh well. If I can't pull him out of the muck, then it's up to him.

"Let's get off the street. Find a cafe, or donut shop. Sit down. Talk this out."

He started to walk away, but then he stopped and started emptying his pockets. Wallet. Keys. Phone. Random pieces of paper. Altoids tin. Small pill bottle.

I rushed over and picked up his wallet and phone... his two most expensive valuables... before a street person swooped in and helped himself. When I wasn't looking, he stepped off the curb and into the street. He wasn't there for more than a second before I heard a short horn burst, screeching brakes, and then a squishy thud. He disappeared... underneath the bus. Crushed. Annihilated. The driver of the Muni had about two seconds to react. The smell of burning rubber. The brakes. Hard to forget that odor. I heard the second wave of screams. One of the Starbucks cup clutching ladies looked up from her iPhone long enough to see the Muni collision. I missed the initial wave. Shock. Utter shock. Sound disappears during those moments and time slows down.
by Pauly at 5/06/2014 04:20:00 PM