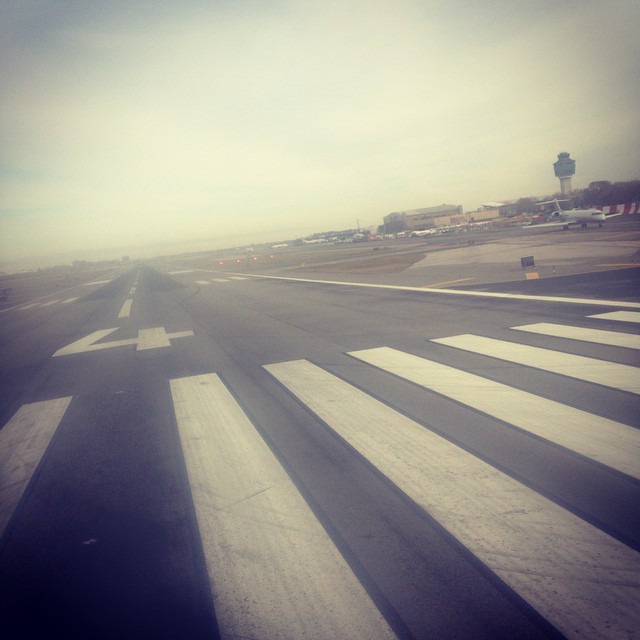 Four weeks. Four cities. A little same, a whole lot different. I only spent a couple of days in SoCal in December, whereas I divided my time between New Orleans, Miami, and the bulk of the Christmas holidays in NYC. The constant movement is a good thing. It jogs the brain. The constant dissonance between new and old can be an ultimate mind fuck... if you let it. Or it can be a lazy afternoon basking in the soothing warmth of yesteryear.

Los Angeles. The ubiquitous sunshine makes the holidaze seems more fake than a relgiious holiday that got hijacked to sell shit we really don't need. Nothing says I love you more than a pair of socks, or a new sweater, or a piece of electronic equipment that will become obsolete in six months if it doesn't break first. I was never really into Christmas trees (i.e. utter waste of money) until I moved to LA because I need something to make it feel like Christmas. The constant sunshine doesn't mesh well with Christmas... and the weak ass attempt with palm trees and Christmas lights is more laughable than applaudable as the denizens of Southern California desperately try to get in the Christmas spirit. Nicky knows no other holiday season (SoCal Xmas) because she is one of the rare citizens of the City of Angels who actually grew up in LA and has no other childhood point of perspective of waking up to an actual White Christmas. Me? Wasn't jungle bells written about last minute holiday shopping in New York City? In the urban decay of Gotham in the 1970s, the only thing that didn't smell like urine and rotting garbage was the rare scent of Christmas trees that invaded almost every major street corner. It's a sense memory that has been imprinted on my brain along with a numb face. It's supposed to be cold as fuck at Christmas and your nose gets numb because you spend a lot of time wandering around the streets while shopping for gifts (in the pre-Amazonian era), or spending late evenings staggering around shitfaced drunk admiring the foggy gasps of breath that roar out of everyone's mouths while hopping from Christmas/holiday party to party to party either company parties (ranging from low-end to baller bankster) to friends' tiny apartments to the odd, random party you randomly crashed in a bar somewhere. In the modern era, the LA holiday party is drenched in artisan, gluten-free hipsterfied chow and ironic blinking lights and superficial guests that are silently judging you but more worried that they'll look "pasty" in their next batch of selfies because everyone is sweating their asses off in a rare public display of their winter wardrobe. No one walks anywhere unless it's to the valet, so any sensible party people are making a cameo before Ubering to the next party up in the hills before all the medium-passable quality of drugs are inhaled by dilettantes and all the hardened dope fiends are haggling over a couple of frail lines of shitty-ass baby laxative, which you paid dearly for in actual time and mental anguish by listening to the same douchenozzle with shitty blow prattle on about his latest script conference with someone you're supposed to be impressed with and all you keep wondering is if your Uber driver knows a better coke connection.

New Orleans. Shit got crazy. Either I'm getting old, or I forgot about the darkness that oozes underneath Bourbon Street. Maybe it's a little of both. Liquor is a a true pestilence upon this land. Too much of liquid anything makes everyone's eyes look mean. I felt a little safety being with my brother, who still resides in the Bronx, and hanging with two medical doctors, a lawyer, and Iraq War vet. Just in case shit got too crazy, we had a small, yet elite crew of professional party people. When you're running AlCantHang with the bulls down Bourbon Street, the last thing you want to have to do is pull someone out of a potential all-out street brawl. Testosterone and liquor can always be tempered with cool heads, but it only takes one idiot to incite an ass-whooping. Yeah, it sounds a lot worse than the reality that everyone was safe as long as we stuck together and didn't do anything too stupid like wander off solo in the wrong direction where the shadow people can jump your schwasted ass and snatch your valuables before they haul ass back into the shadowy side streets. Partying always comes at a cost, but without a high risk, you don't get that big payoff. It's sort of like going on an animal safari and praying you don't get trampled by a stampede of irate giraffes. But New Orleans was rough without the usually indulgences of food and liquor because I had some minor dental surgery a few days before the trip and I couldn't drink heavily with the prescribed meds (it felt strangely uncomfortable actually waiting in line to acquire pharmaceutical products for a real pharmacy) and could barely eat at all because my mouth hurt too much. The first bit of solid food I had in days occurred as soon as I arrived in the French Quarter and Otis handed me something wrapped up in a napkin. Fried chicken. Damn fine-ass fried chicken. I tore into it like a vulture picking apart the dead carcass of some unlucky roadkill. Maybe the abundant dark energy was so prevalent because I spent three nights  extremely sober, which was the most coherent trip I had ever taken to New Orleans in 20+ years.

NYC. Can you ever really go home again? My favorite time of the year is also the most stressful. I equally love/loathe Christmas in NYC because... well... you know... family shit. It's never easy, but we all have to deal with it somehow. I've lost my patience the last few years. It's the product of a near-death-experience when you come out the other side not giving a fuck anymore and you come to a moment of clarity like, "Why am I wasting my time with people who will never change?" But it's the city that really brings me back. The ghosts. The memories. The forgotten memories are the best presents... just taking a wrong turn and walking down a street you had not walked down in two decades is enough to trigger an avalanche of memories. The mind is a masterful magical kingdom... and you can truly bend time and space by accessing your memory banks, but sometimes you lose too much time like I do, wandering streets that I had not wandered down in years... both physically and mentally. An old friend once said our childhood rooms are like museums to our own self, usually curated by whatever parent or family member still lives there. My childhood room is barely recognizable, but there's plenty of memories in boxes and cluttered inside a gigantic closet. I could spent a month in that room getting lost in forty years of living. But too much navel gazing is a bad thing, but too little insight into your past is also a dangerous thing. You need a healthy balance, which is the key to self-awareness. Never forget where you came from, but never forget it will never truly define where you're going because you're the one driving the bus. Or something like that.

Miami. A whole other country/city/nation state. Miami will someday sink into the ocean. Might take 500 years or 5,000 but someday most of Florida will be all underwater and delegated to a series of island chains off the coast of the US of A. Call the city water you want... New Cuba, or North Cuba, or Los Miami, or whatever... it's definitely not America anymore. I spent a lot of time covering the Latin America Poker Tour, so my time in Miami felt more like being on the road in a foreign country than visiting the southern most city in America. Miami has always been driven by its own unique rhythm, but the confluence of international travelers, ubiquitous sunshine and cheap drugs makes Miami one of the rowdiest destinations on the planet. But like any of those party-centric small cities whose magical reputation turned its legacy into a much larger city than actually exists. Miami is not so much a city as it is a state of mind. Miami... the constant flow... it's a great place to visit, but I wouldn't want to live there. If anything, I got to end the year by spending a semi-romantic week in a tropical paradise with my girlfriend, who desperately needed a real vacation after a rigorous work schedule. Plus I got the added bonus of seeing old friends from college... the coolest type of friends who don't guilt trip you or make it awkward to reconnect. Oh, and one of my favorite bands played four concerts so life ain't too bad when you have all the elements for a guaranteed fun time.