Did Someone Say Donuts? 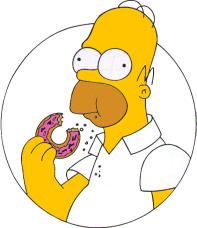 I came across this funny blog called Dunkin' Donuts Talk which covers according to it's tagline... "All Things Dunkin' Donuts: For the Dunkin' Donuts enthusiasts of the world. Pretty cool. I'm a big fan of all things donuts.

Here's a few interesting articles from the NY Times... the topic... donuts!
I can't wait to have a donut today. Chocolate chocolate are my favorite.