I've been reading a biography called Divine Invasions: A Life of Philip K. Dick In Las Vegas, Ryan recommended the book about one of my favorite writers. In his life, Dick cranked out over forty books and hundreds of short stories. Of course there was that trigger moment in 1974 when he started having visions after he scored some killer pharmies after getting his teeth pulled.

It's sad that his books and stories have been expanded into films, but they all missed the boat and have been flops. I still want to see A Scanner Darkly.

The day before I left Hollyweird, I was offered a role as an extra in a play. Showcase said, "Dude, it's totally yours if you want it. Non-speaking Zombie part. They need people." 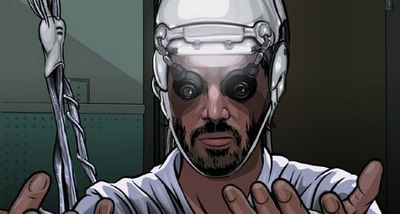 Since I was heading back to NYC, I politely declined the interesting offer. The other day I was offered a freelance assignment in Aruba. I turned it down because it was on short notice (scheduled in two weeks) and I scheduled the next six weeks off to write. A few months ago I passed on a free cruise to the Bahamas for another poker-related assignment. If the Aruba gig were a week or two later I'd most likely do it. I had to pass on a gig with the Borgata this month as well. I normally don't like turning down assignments but this time off is necessary. I want to be in one place for a while. I want to enjoy living in NYC again. I also want to take a break away from poker and focus on writing fiction and improving myself as a writer.

I got a haircut the other morning. I went to my personal barber Vinny. The entire time he told me about his preparation for the NYC marathon. He used to run a lot when I was a kid and had not done one in over a decade. He said he's ready. He also told me about the guy who caught four of a kind playing Let It Ride in Atlantic City.

I walked around the old neighborhood and noticed some small changes. Shops open up and close quickly. What used to be an arty marble and kitchen store became a real-estate office. Years ago, that space used to be a bar that my father would drink in. The pet supply store shut down and the cleaners a few doors down moved in. The cleaners became something else that I forgot. Two new apartment buildings are building built within a three block radius. In New York City, there's constant construction on the ever evolving city. In one of the older cities in America, things are being ripped down and new building are being erected.

In Henderson just outside of Las Vegas, the open lots of dessert land is being developed into strip malls, condos, and housing developments. They've been popping up over the last few years as urban sprawl has taken over the Las Vegas valley. In Boulder, Co there are anti-contsruction laws and you don't see too many new man-made things going up. If anything, it's a city of renovations and remodeling. But in NYC, there's a cycle. The older building get torn down and new ones pop up and the cycle continues just like it has been doing for over a century.

I rode the subway for the first time in months. I had to get used to people banging into me and having to stand in close quarters with complete strangers. Driving around in a car for a few months was a luxury in a way. I traveled around in my own bubble and got to choose my own music.

I like to people watch and NYC is one of the best places in the world to do that. But you have to be careful on the subway. You can't get caught looking at other New Yorkers. They hate that and some of them will get annoyed and say something. You have be slick about it otherwise you get your ass kicked. Sunglasses helps out alot.

The media is beating the 9.11 drum loudly as the fifth anniversary approaches. The latest model of the new-downtown has been released... and it took more time than it should have. I have a memorial service to go to on Monday and even got one of my suits dry cleaned.
by Pauly at 9/10/2006 12:37:00 PM