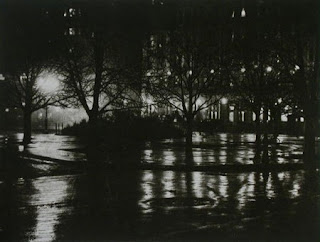 Mustafa gave me the pills.

One of the benefits of being shot four times, Mustafa explained, was a perpetual prescription to various pain medications and opiates. I can't recall if there's an actual bullet wedged behind his spleen, or if that was part of the urban legend which accompanied Mustafa wherever he went. He was shot for sure. That's no bullshit. If you ever spent time with him, he'd be more than happy to pull up his shirt and show you his different scars. He'd even give you the run down on the ballistics report.

It had been a couple of months since I last hung out with Mustafa. I always see him when I go to NYC. But this instance, when I ran into him last week, he had just gotten out of jail.

Mustafa gave me the pills as a gift the last time I was in the City. I left a few behind as an emergency stash, because I can never predict when my back will go out. At the same time, I hid a few at my mother's apartment -- cached in a stack of boxes of old books and Dead bootlegs. Sometimes my mother gets a little out of hand and in order for me to deal with her, I have to be faded to the tits. That's the best way I figured out how to cope with all uncomfortable family situations -- get schwasted and numb to everything around me so I'm able to insulate myself from all insults, critiques, and attempts to goad me into an unwinnable argument. Any kind of discussion with my mother gets twisted and mutilated into a quagmire of circular logic resulting in migraine headaches and the desire to throw myself in front of a bus.

Anyway, Mustafa got pinched for smoking a blunt in the middle of the street. He knew better than to blatantly flaunt behavior like that, but he was wasted and made a terrible mistake. Cops don't care what you do in your own home, but they don't want you to rub in in their faces. That's what happened to Mustafa. He was blazing up at the wrong time and wrong place. When he got pinched, he thought he was being set up or got taken down as part of some vast stake out.

"Are you DEA, FBI? Homeland Security?" he quizzed the cops the moment he was taken into custody. It turned out he was collared by a regular narcotics officer who was looking for someone else but Mustafa happened to walk by him at the wrong time. Let that be a lesson to you kids!

* * *
I didn't come face-to-face with the guy that my brother and I call the "serial killer" -- a weird guy who lives in my mother's building. My brother said he used to see the guy crying in the stairwell at different times. Anyway, I saw the serial killer down the hallway, but purposely slowed down so I didn't have to ride the elevator with him. I lingered when I passed his apartment and it smelled like cat piss. It made me wonder... was he an animal hoarder?

Sure, I've been watching too many hours of hoarding-themed reality TV, but there were a significant amount of old people living in my mom's apartment building. The percentages suggested that at least one of them is an extreme hoarder with a hundred boxes of stuff everywhere and that someone in the building is an animal hoarder, you know, the proverbial cat lady. All signs pointed toward the serial killer as the guy who also doubled as the weird, lazy cat dude who let his cat(s) piss everywhere and multiple towers of crusted cat feces are constructed throughout the apartment.

* * *
It's always mind-boggling to walk around the old neighborhood. Some things change, while others stay the same. The stores that stood the test of time are firm anchors in my fuzzy memory, but then there's new businesses in storefronts that seem strange and out of place to me because that particular space had always been the same thing since I could remember. For example, a local drug store was always in one big white brick building. It was the place to go in the neighborhood for most of the 1980s and early 1990s until the chain drug stores moved in on the racket and the local store was getting squeezed by the big dogs. The had to raise their prices while the chain drug stores undercut everything. I'm surprised the old store stayed in business, but somehow it survived but with a drastic change. The old store had to move a few storefronts down the street to a smaller property. Rents were getting high and they couldn't afford to stay in the same spot. So they consolidated and opted for a smaller store. At least -- it still lives. I wish I could say the same about the book store or the Greek diner.

Yeah, I was bummed out when I saw all the white paper blocking out the windows at the Greek diner. A small hand written sign indicated that the diner had been sold and the new owners would be opening up soon. They didn't indicate a specific date. The place was empty and I was without an opportunity to enjoy the best bacon, egg, and cheese sandwiches on the planet.

Man, I expect the neighborhood to change, but I missed the Greek diner. I used to go in there half asleep, mumble my order, and listen to the old Jewish guys in the back booth argue about sports, specifically verbally castrating the quarterbacks -- Eli Manning and Mark Sanchez. For some reason Eli drew the most ire from the old guys.

Without the Greek diner and access to bacon, egg and cheese sandwiches, I was rudderless every morning.

* * *
I spent a full day wandering around the Met and meandering through Central Park while listening to music. A visit to a museum is something that I do every time I'm in town. If I have the chance, I'll hit up three or more, but even on short trip, I make an effort to pop into the Met to see a few old friends.

Thanks to Mustafa, I got faded on some of his powerful pills, and stumbled through a couple of special exhibits. The Stieglitz stuff was interesting -- a mixture of photographs and friends of his who were painters, but the subject matter was popular because it included Georgia O'Keefe paintings. The special exhibit gallery was crowded, so I rushed through that show. O'Keefe's subversive vag paintings reminded me of the Rhino in Vegas. Alas, I doubt that was her intention -- but when I see her paintings, I can't help but think of -- strippers.

Although parts of the museum were crowded, I found a few empty places where I could sit down and think. Sometimes I got lost in the art, but mostly, I got lost in my own thoughts -- trying to figure out the long term, dreading the near future of Christmas with the family, and letting random flashbacks of my previous lives in New York City enter my bloodstream. I used to fight the waves of memories, but now, I welcome them with open arms. Sometimes they are too immense and I have to sit down to absorb all of the energy that is jogging my memory. It's never easy to explain how/why we get blasted with memories from two or three decades ago.

I spent all afternoon in the museum juggling the variety of emotions that accompanied decades of flashbacks and got lost in the American Wing, which included all of these period rooms, mostly empty aside from a few curious tourists of the German and French persuasion. I hung out in different alcoves in secluded galleries in the Asian Art section after I got a rare batch of claustrophobia when I tried to check out the newly, refurbished Islamic Art galleries.

After an intense visit to the museum, I cooled off by walking through Central Park and listening to a Phish bootleg. Mustafa said to call him in a few days. I hoped he didn't get into trouble again.
by Pauly at 12/27/2011 02:52:00 PM