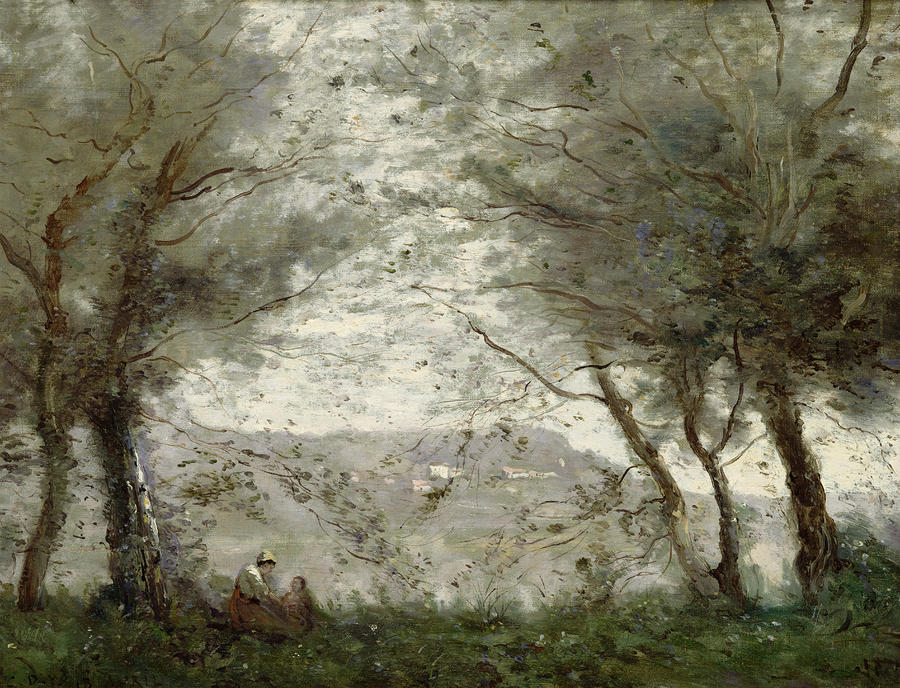 Her ashen face resembled a pock-marked sky from one of the Corot painting in the adjacent gallery.

Kind of tightwad who treated her dogs better than her own offspring. Pure chow-chow. The most cherished possessions. The center of her universe.

She reminded the Director that her late-great husband gifted him a new wing, a Chagall, and two De Koonings.

The Director wouldn't budge on his stance. Shakedown time. Unless she provided funding for another new wing and a couple of early Picassos and a late period Matisse.

The director suspiciously passed away. In his sleep. Choked. His own vomit.

The new director met her halfway. She and her dogs was allowed a private viewing twice a week. Once before hours and once after hours. Tuesday morning and Thursday evening.

She arrived every morning. 90 minutes before the front doors opened.  Herself, her attendant, and her chow-chows.

She slowly made her way through each room. The same route. The dogs were well behaved and never soiled the floors.

Well fed canines. Meals fit for a king. Supper each night cost more than the chef made in a week. Six days of wages fed a his three kids, wife, and mother-in-law out in Queens.