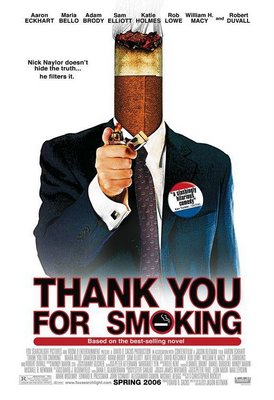 Here are the last five movies I saw...

I read Steve Martin's novella Shopgirl shortly after it came out a few years ago and was skeptical about the film, directed by a virtual unknown Anand Tucker. The selling point for me was that Steve Martin can write both screenplays and novels. In this project, he executed a remarkable job in adapting his own novella to the big screen.

Nicky told me that the book was based on a real-life experience when the sleazy Steve Martin picked up a 20-something salesclerk, eloquently portrayed by Claire Danes in the flick. The novella does a better job at describing the awkwardness of not-so-perfect relationships between sad, lonely, and desperate people.

The best part of the production was the cinematography by the legendary Peter Suschitzky (his resume includes several David Croneberg flicks like Naked Lunch and The History of Violence along with Star Wars V and The Rocky Horror Picture Show) who captured the subdued loneliness and plasticity of L.A. perfectly. Overall Shopgirl was edible, especially for an afternoon cable movie.

* * * * *
When I first saw The Omen as a kid, I was naturally spooked especially when I encountered anyone named Damien. The remake of the 1976 version came thirty years after the original starring Gregory Peck and directed by Richard Donner. The updated version was re-written by original screenwriter David Seltzer who incorporated the tragic events of 9.11 into the screenplay.

The flick is ripe with imagery and symbolism especially the color red which helps paint the eerie Catholic themes of the imminent rapture.

John Moore, an Irish director, was at the helm for the remake which was shot on location in Italy as well as Dublin and Prague for the "London" scenes. Moore made his mark with Behind Enemy Lines and in a totally unrelated quirky Hollyweird story, Nicky and I smoked plenty of pot with one of the actors in the straight to DVD sequel of Behind Enemy Lines 2.

Damien's parents were played by Julia Stiles and Liev Schreiber in the roles that Lee Remick and Peck made infamous. Schreiber is prone to delivery his dialogue with Shakespearean emphasis while Stiles pulled off the role as bewildered mother of the anti-Christ, shying away from her previous unchallenging romantic/teen/comedy roles.

* * * * *
If you like boxing flicks, Cinderella Man is better than average. I would have loved to have been in the pitch meeting of Ron Howard's Cinderella Man... "It's like Gladiator meets Rocky except we'll set it in the Great Depression."

Akiva "Froggy" Goldman (who didn't get $4 million to pen this screenplay) and Cliff Hollingsworth co-wrote the screenplay based on real-life tough guy James Braddock, a journeyman nobody who shocked the world after he took the world heavyweight championship away from Max Baer, who allegedly killed two men in the ring.

Russell Crowe did a bang-up job as Braddock and the overrated Rene Zellweger played his wife with a horrible 30s Brooklyn/Jersey accent. I secretly begged Braddock to beat up his wife, just so I could see Zellweger get punched in the mouth so she'd shut up for a few moments.

The real gem in the film is Paul Giamatti as Braddock's corner man Joe Gould. He got an Oscar nod for his performance, which was not as strong as his work in Sideways. The suits and nimrods at the Academy felt bad about snubbing Giamatti the year before and this might have been payback. He ended up losing to Philip Seymour Hoffman's portrayal of Truman Capote in Capote.

From the opening scene where he meets a fortune teller, Edmond (Macy) is told, "You are not where you belong," and from that encounter the tone of the flick is set forth as a man searching for... something in the vast darkness of the big city where empty souls and people with empty values run amock. There's an interesting twist to the ending but what bothered me the most was that the film was obviously shot in LA and not NYC, like it was supposed to take place in. You can get away with those liberties on the stage... but Mamet should no better than to try to pass off exterior shots of downtown L.A. office buildings as Midtown Manhattan.

Two scenes stand out... the one with Edmond and the pimp and scene with the cocktail waitress (Stiles) and Edmond. Mamet is one of the best dialogue writers of all time and he's not afraid to take chances with his characters. With most Mamet flicks in the DVD era, I watch it a second time with the subtitles on so I can gain a greater sense of appreciation of his words.

* * * * *
I caught Thank You for Smoking in the theatres when it came out in the spring. I thought it was funny and entertaining enough to see it a second time around on DVD. Jason Reitman hit a homerun adapting Christopher Buckley's novel about a Tobacco company lobbyist named Nick Naylor (Aaron Eckhart).

Pretty much everyone casted in the flick was dead on perfect in their roles. Eckhart shined as the guy who loved to hate, but loved anyway. Adam Brody played an ass-kissing assistant to an eccentric Hollyweird super agent (Rob Lowe) and older actors like Robert Duvall (Southern tobacco exec) and Sam Elliot (The Marlboro Man who has been diagnosed with lung cancer) provided solid foundations to this comedy that will make you think twice about spin doctors and DC lobbyists.

I heard rumors that TC and his Scientology thugs nixed Katie Holmes' nude scene with Eckhart, but I already saw her tits in The Gift, so I'm not missing anything. Some of the funniest scenes included Naylor and his fellow lobbyists for the alcohol (Mara Bello) and firearms (David Koechner) industries and his dealings with an anti-smoking Senator from Vermont (William H. Macy).
by Pauly at 11/25/2006 11:44:00 AM