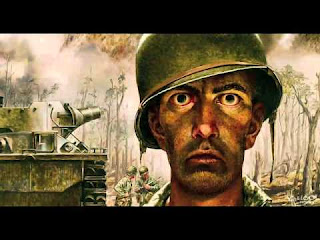 I caught Salinger, a documentary on America's most famous reclusive author J.D. Salinger. Still processing it all. The images. The story. The sadness of solitude. The idiocy of a self-adsorbed twat. Screenwriter Shane Salerno (Armageddon) directed this film so it was slightly different than your regular documentary structure. It took nine years to complete the doc and he conducted hundreds of interviews in search of the story about Salinger. What was Salinger doing for decades while hiding out in a small town in New Hampshire and raising a family, or at least trying to before his maniacal devotion to writing fractured his relationship with his wife and daughter?

I read Catcher in the Rye when I was in the 8th grade. Salinger's Holden Caufield did not impact me as much as he probably should. I read it the same year I saw Ferris Bueller's Day Off fourteen times. I found Ferris far more heroic than the whiny Holden Caufield and his ducks. But by then, I was already a jaded kid and knew that adults were mostly full of shit hypocrites. I first heard about John Lennon getting killed on 72nd Street through the TV. It was huge news everywhere. for days and days. A barrage of media coverage. Outrage and mourning. During the weeks after the murder, I heard more details about Lennon's crazed assassin, a fan who was fond of Salinger's Catcher in the Rye. When President Reagen got shot, his would-be assassin took a shot at ole Dutch Reagan because he was inspired by Catcher in the Rye. I simply associated Catcher in the Rye with bad vibes and insane murders. When the Pope got shot, I immediately wondered if the shooter read Salinger's book too?

It might surprise you, but I enjoyed Franny and Zooey more than Catcher. Nicky had a copy and I re-read most of it in one sitting. Salinger's best shit? His short stories. Mostly from New Yorker circa the late 40s/early 50s. I highly recommended Salinger's Nine Stories, which includes A Perfect Day for Bananafish. That fiction absolutely blew the minds of New Yorker readers. Then there's For Esmé -- With Love and Squalor, which deals with the unspoken affliction of PTSD (called shell-shock during that era) that GIs struggled with while assimilating back into society post-WWII.

Salinger's writing with inspired and driven by his PTSD. His experiences -- from landing at D-Day all the way to hunting Nazis -- deeply embedded itself into Saligner's writing. His demons were exorcised by his characters. He spent decades in seclusion while marinating in the carefully constructed worlds in which his intricate characters lived. He could control that (fantasy) world... the world of the Glass and Caufield families. The real world, ruled of phonies, was beyond his control, which is why he detached himself for long periods of time.

Hiding out. Salinger grew up on Park Avenue and after the financial success of Catcher in the Rye, he could have lived anywhere in the world, but exiled himself his bunker deep in the woods of New Hampshire. Salinger donned a peculiar uniform when he wrote, like a jumpsuit, or something a house painter or telephone repairman would wear. He had a smaller cottage behind his house and he hung out in his office. Hiding from the world. Hiding from his family. Ducking the fog of war which followed him from the Belgium forest to small town America.

Salinger eventually stopped publishing in the mid-60s. He couldn't handle the slings and arrows from critics. He couldn't handle the backlash from the public and the biting jealousy from his peers. He couldn't handle the pressure knowing that whatever he wrote would not satisfy the critics, his contemporaries, the readers, and the publishers. He decided to keep it simple and withdraw from the machine, but write for himself. He supposedly wrote every day until his health interceded, but he was writing into his late 80s. Sure, it's easy to drop out of the publishing world when you're financial secure and 60 years after its first publication, the novel still sells 250K books a year and you can live off of those royalties. I'd love to go off the grid. I have fantasies about walking away from the virtual world and ditching social media. Alas, I don't have a choice. I need to keep my foot in the door because I need to sell more books down the road. This is the only way I can make a few bucks to keep a roof over my head, yet I often dream about unplugging and not worrying about chasing the shadow of the ghost of my former self.

A couple of parts of the Salinger documentary disturbed me particularly the concentration camp scenes. Salinger, an army intelligence officer, supposedly was among the first wave of American troops to walk into a concentration camp. Those horrors stuck with him the rest of his life.

Then there's Salinger's questionable fascination and infatuation with young girls. Like around 16 years old. Sure, when he was 21 and he dated Eugene O'Neill's 16-year old daughter and that was sort of acceptable. But the older he got, his penchant for young girls grew increasingly uncomfortable. Sure, he was fond of writing letters to young women, but he was an episode of To Catch a Predator waiting to happen. Supposedly all of those relationships were platonic and he simply enjoyed the attention of young girls. He's flirting a dangerous line. There's laws set up in place to keep leering old men away from precocious teenage girls. But when you can dangle Holden Caufield in front of impressionable young women... well, it's pretty easy for them to fall under his spell.

There was always an urban lit legend that Thomas Pynchon was actually J.D Salinger and he created "Pynchon" as a pseudonym so he could publish anonymously after he removed himself from the literati in NYC. Of course, that isn't true. Pynchon is alive and well on the West Coast and published not one but two books in the twilight of his career.

And then there's the stories that keep the tin foil hat crowd whipped up in a frenzy. You know, the one about Salinger being in the CIA? It's easy to link him with WWII spooks who formed the agency post-war. Salinger was a counter intelligence officer during the war and hunted Nazis after Germany's surrender. But this is where it gets sketchy...Salinger married a known Nazi and got away with it. He claimed he and his German wife had telekinetic ability and could communicate with each other without speaking. German vixen seduces American army officer with a literal mind fuck? That's something out of a Philip K. Dick speed-induced short story. But seriously... how the hell was Salinger able to pull off nuptials to an ex-Nazi without getting court martialed (marriages to German nationals were illegal for a couple years after the war)? That brief marriage really screwed him up. Emotionally destroyed him. First he got shunned by Eugene O'Neill's daughter who dumped him for Charlie Chaplin, and then he got his heart shattered by an ex-Nazi temptress. I always suspected she duped him in order to avoid execution by bloodthirsty Cossacks seeking retribution. Then again, maybe Salinger was really a spy? And the marriage was a sham in order to extract more vital information about where Nazis hid their loot (specifically gold and classic paintings), along with the concealed locations of top Nazi aerospace scientists/engineers -- otherwise known as Operation Paperclip in which the Yanks were race against the Russians to find and scoop up as many Nazi scientists and academics in order to gain a quick edge in the first wave of the Cold War -- bigger nukes and faster planes and rockets that went farther.

You don't even have to follow the conspiracy forums on Reddit to know that there's always been a rumor that Salinger was contracted by the CIA to write Catcher in the Rye as a manual to determine potential assassins. Or rather, the government used Salinger's work as a litmus test to determine if the recruit is primed to smoke out any phonies if they gave him a sniper rifle and pointed the out to the biggest phony?

Then again, if I wrote a book that was associated with one murder, let along two (or three as the doc film alleged about Catcher in the Rye), the last thing I'd want to do is write another book.

At the end of the documentary, they revealed that the Estate of J.D. Salinger authorized the release of two novels in 2015 and 2020, with other pieces to be published at a later date. Also part of the deal, is that the Estate will NEVER authorize film version of Catcher in the Rye. I read an article somewhere that said he had something on the shelf that would not be published until 70 years after his death. Man, 2080? I wonder if America is still a country then? And will people still be reading books? I'll be 100+ years old. I doubt I lie another decade or two, but will we become a nation of illiterate zombies crocked on Big Pharma's sedatives?

Trailer for Salinger documentary is here: