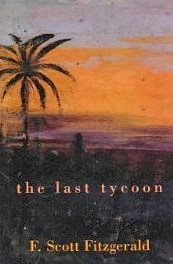 This article hit a little too close to home: Writing to Live in Hollywood.

I saw a few haunting parallels between Fitzgerald washing up in Hollywood and myself and Las Vegas. I sold out and ditched my original artistic prime directive in order to make a quick buck and earn easy money shilling online poker to essentially keep the party going.

Fitzgerald ended a long chapter in his life as a novelist in New York City and headed West to sunny California. One of America's premier fiction writers sold his soul to the suits running the big studios during the golden era of Hollywood. Fitzgerald wasn't stupid; he was a washed-up writer and following the money. They were printing so much money in Hollywood that even a neophyte screenwriter with zero experience like him had a crack at a few bucks, so he signed a contract with MGM and cranked out a bunch of crappy, passion-less screenplays. I think I read somewhere that Fitzgerland was making the equivalent of $1,000/week (in 2013 dollars).

Every week, Hollywood fat cats raked in millions and millions and millions of dollars from box offices all over America and flowing freely right back to the bank accounts of the major studios. Fitzgerald was not the only novelist who supplemented their income by writing (or ghost-writing) for the studios. William Faulkner was so far gone at that point in the twilight of his career that he was perpetually shitfaced so his assistant handed in his pages.

Fitzgerald was stalked by demons the majority of his adult life. Large mutherfucking demons with claws and roving band of starved, blood-sucking monkeys. He could only slay those beasts with the bottle. He wrestled with those fierce alkie demons and always lost. Night after night. The vampire monkeys jeered and shat in their hands and threw it in his general direction. It was an expensive war and cost Fitzgerald his health and dragged him deep into debt.

Fitzgerald died at the age of 44 of a heart attack, but he drank himself to death. Fitzgerald got caught up in a nasty cycle of abuse and self-doubt and could not escape. Quicksand. Instead of sand, it was booze. He headed to Hollywood because it was the only place that could pay for his rampant alcoholism (in addition to medical treatment for his bat-shit crazy wife Zelda), but being stuck in Los Angeles and struggling to write shitty dialogue for pathetic third-rate B-films drove him even more insane. He got stuck in a rut, which sent him into a deeper depression, so he drank even more. And more. And more. Poor fucker never had a chance.

I sort of turned to poker and Vegas to cover the tab for my addictions -- mostly travel and music. I felt as though I had to go through hell for 2 months every year so I could have a groovy 10 months. That was the sacrifice I made... but I was also selling out. I flocked to Vegas every summer to follow the money. It was the only place I knew where I could get paid rather well to write (and be myself) and I was stuck in that cycle because of lifestyle maintenance. It took me seven years, but I finally realized it wasn't worth it.

I got into poker by accident. I thought I had a once-in-a-lifetime experience covering the 2005 World Series of Poker in Las Vegas. The plan was have one crazy summer and that was it then return to NYC and the dream would be over. It turns out I never went home. The dream continued... and continued. I headed out West and stuck around Vegas, like so many other innocent people who got seduced by the gambling scene, or sucked into the Vegas' black hole of depravity and immorality.

I bailed from Vegas before I became a full blown junkie or lost all my money betting on sports, and washed up in Hollywood of all places. I considered myself one of the lucky ones. I actually left Vegas with some money in my pocket. Most of the people I know who moved to Vegas chasing the Dream Americana either went broke, or went crazy, or got totally ambushed by a nasty addiction and fell prey to "The Sickness" which is full-blown immersion into a vice that totally sucks your soul dry. Pick one... a) drugs, b) alcohol, c) gambling, and d) sex. The Sickness comes in multiple choice form.

Fitzgerald passed away unable to fade depression  and demoralization and the lingering effects of hardcore alkie abuse. He arrived in Hollywood mostly forgotten as a novelist and dismissed as a "one-hit wonder." Even when he died, the critics were not extolling Fitzgerald's virtues like many college professors do today.