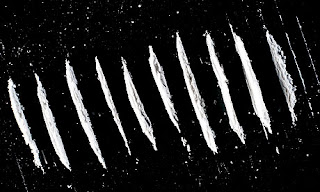 A quote from Joan Jett about fake friends has been doing wind sprints in the hallways of my mind. Bouncing back and forth and forth and back.

I know. It's weird. Someone was actually quoting Joan Jett?

But I couldn't tell if it was a song lyric, or something she said. I want to say its a song title, but I'm not familiar with her vast catalog. I know the Rocky Road song and I Hate Myself for Loving You. I have a vague recollection of a bad film that Joan Jett did with Michael J. Fox during the height of his popularity int he 80s, when he was a box office mega star and a popular sitcom actor. Back then you were one, or the other. But not both.

I'm waiting for someone to reboot Family Ties. Or how about an updated version in which Alex Keaton spawned a bunch of hippies kids who hate his Republican ass? Maybe one of them got pepper sprayed at an Occupy rally and Alex had to bail them out of jail, but Skippy is the cop on duty.

I can't shake the image of Michael J. Fox as a cokehead from the disappointing version of Bright Lights Big City that was a huge bust. Needed more sex and blow. The film version never did any justice to Jay McInerney's novel about cokeheads in NYC in the post-disco era. That was back in the early 80s when Hollywood was obsessed with young novelists who wrote detail stories of privileged, coke-addled, self-indulgent, 24/7 party people, just like you'd read about in B.E.E.'s Less Than Zero.

The Joan Jett quote didn't rhyme, so I assumed she spouted it off to a rock critic or something. Maybe it really is a song title? Then again, who knows if she actually said it. It could have been one of those misquoted quotes. Like the majority of the most famous quotes in the world were not actually said the way we think, or at least, in the way we're led to believe. And even when someone points out the error... it really doesn't change anything because the masses will continue to spread that false disinfo.

Joan Jett. She's no Sun Tzu. But she said something which I am unable to shake. Joan Jett talked about how no one ever misses losing fake friends. I assume she's touching on her grizzled experiences in the shady music biz and recording industry, or perhaps she's explaining the perils of living in Los Angeles. Tons of fugazzis everywhere you look.

But then again, as fake as LA is... I never had more fake friends than I had in Las Vegas. That entire city is... fake on top of fake. No culture. Nothing original. Just a million vapid shitfaced, degen gamblers and overweight addicts stuffing themselves silly on cheap-ass food. Vegas was... just a tiny spec on the map in the middle of the fucking desert. But today, it's fabricated concrete, glass, plastic and other manufactured shit that helped create a thriving city in the middle of the desert on the fringe of Death Valley.

Maybe Joan Jett was talking about Vegas? Make LA? Maybe NYC? Maybe everywhere? How the fuck would I know anyway? A quote is a quote. I'm too lazy to Google it. And I'm not that big of a music nerd that I'd know the deep cuts from Joan Jett's discography. Besides, I'm too spaced out to remember where I saw it (someone's Tumblr from the other day) and not feeling ambitious enough to go look for it.

In the meantime, I'll just have to let Joan Jett's quote about fake friends finish running through the hallways of my mind. Eventually that fleeting thought will disappear and I'll be pestered by another quote or earworm.

Email ThisBlogThis!Share to TwitterShare to FacebookShare to Pinterest
Tags 2AM, Hollywood