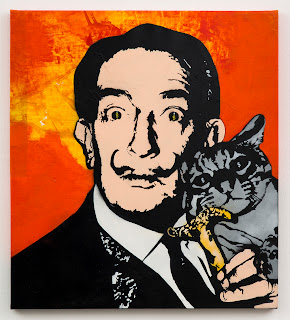 Miles Davis was freaked out by technology. New musical instruments in the early 80s really sent him into a frenzy.

"If you don't match those social sounds in the air like synthesizers," warned Miles in his raspy, sand-paper voice, "No one wants to hear it."

Miles could walk through walls. But he was spooked.

Yes, he could walk through walls. Like the hosts. Through them. Materializing on the other side. defying psychics. Like Star Trek kind of shit.

Dylan wanted to be known as a "song and dance man."

Heavy speculation on the transformation. After the crash, Dylan was a changed man. Fourteen times over. Maybe fifteen?

"You do not want to go where I have been."

The champions of change are inspired to rush forward, but still prepared to throw down in a bloody brawl against angry lynch mob of hooligans, fueled by the bitter backlash.

Living in the past is cool until somebody gets hurt.

The fragile ones demand that their heroes remain suspended in time. Never to move forward, or take three leaps forward without their permission.

In the early 60s, Jerry Gracia bummed around Palo Alto. He was banging Standford chicks and sponging odd rich college kids, who kicked him down jugs of wine and cigarettes. He held different odd jobs with older derelicts, drunks mostly from the other side of the tracks. He befriended a black guy who sometimes ran dope for gangsters in Oakland. He's bring Jerry along with him to these black bars all over the Bay Area. Jerry would play a few songs for the old black junkies, who got a kick that this goofy white boy knew how to play the blues.

While Jerry was not  bumming smokes off college kids, he sometimes moving furniture for $20 a day. His pal Ken Kesey was eating mushrooms and acid and reporting his findings to CIA... and getting paid to do so. Not quite the Burning Man experience. Rather a bunch of square, humorless, serious-looking scientists in lab coats and clip boards. Plus the occasional suit and spook in a black suit.

Diluted lemonade is what the Man hopes to pass off as the real thing. Water the fucker down. Sweeten it up. Whatever it takes. More dilution equates to increased quarterly profits.

A tinge of sadness hung over the toothless cowboy sitting in the corner and lamenting over the smarmy show business types who screwed him over.

The choices were being at the center of the hurricane or utter seclusion. Exile or a suicide mission?

He chose self-imposed seclusion. The silence made him deaf.

The evening was dominated by art school rejects. Lots of skinny black ties and silver pinky rings. Stark collection of vented up anger. Visionary malcontents. Short-haired lipstick lesbians with tambourines and purple jorts.
by Pauly at 9/14/2013 04:20:00 AM