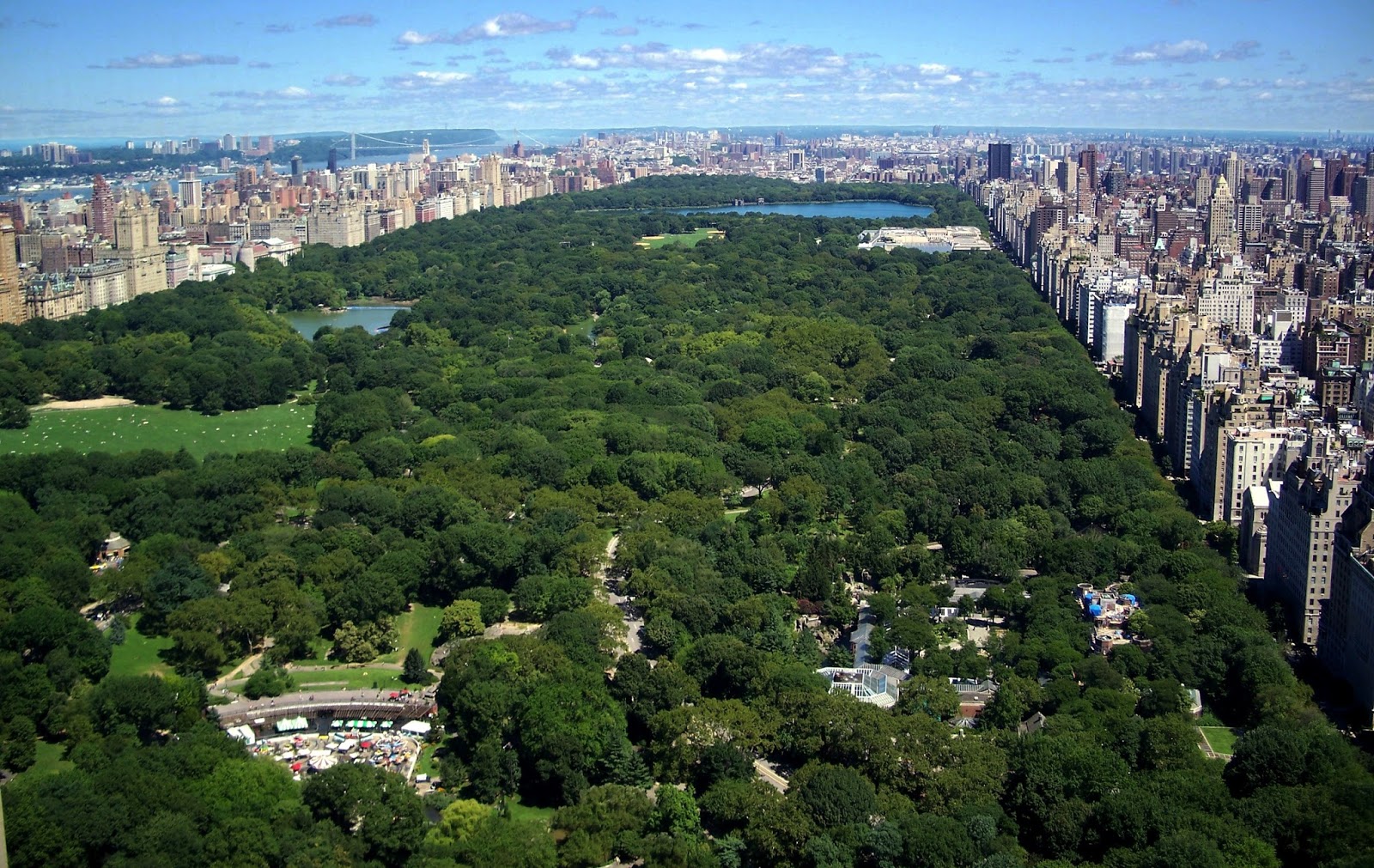 In high school, if I didn't have basketball practice, sometimes I would walk through Central Park and grab the subway to go home. But only if it was light out.

I could have taken the 4 train, a couple of blocks from school, which would have transported me from the Upper East Side past Yankee Stadium and into the middle of the Bronx, but then I'd have to hop on a bus to go across the Bronx to get back to Riverdale. The Bronx had several subway lines but all of them fed into Manhattan (north to south) and none of them went across the borough (east and west).

On the days I walked across Central Park, I hopped on the 1 train, which was the West Side local that took twenty-five minutes (sometimes as many as thirty-five on bad days, and sometimes as fast as twenty if it skipped stops) to transport me from the Upper West Side to the Bronx. Once I got off the subway, I had a quick 15 minutes walk from Broadway through Kingsbridge and up the big hill to Riverdale.

As an adult living on the West Coast, whenever I visit NYC I always make time to walk through Central Park (usually to get to the museum). In high school, we used Central Park as a location for gym glass. We also used it for cross country and track practice. I can't recall how many times I ran around the Reservoir. Several hundred. At least. But that was always during the day. Never at night. Never.

My after-school walks through Central Park were always interesting. Usually I'd find groups of teeangers looking for a place to get stoned. I'd ogle at female joggers during their 3pm runs. If they didn't have to work, chances are they were models or married to very wealthy men. Then you had the nannies... usually women of color... who pushed around white babies... the future 1-percenters of America.

Central Park in the afternoons buzzed with activity. Sporting things. Cyclists. Joggers. Speed walkers. Dog walkers. Pick-up hoops. Soccer. Softball. Plus the burgeoning rollerblading craze. In the winter, you could go ice skating. And let's not forget about those freaks with binoculars - bird watchers who visited NYC from all over the world just so they could go bird watching in the middle of the concrete jungle.

But since its creation 250+ year ago, Central Park was also the location for crazy shit. Craaaaaazy shit. Murders. Assaults. Rapes. Robberies. Drug deals gone bad. Everything.

Although NYC cleaned up significantly since its broke-dick days in the 70s, crack was prevalent in the late 80s which meant there was always potential concern for petty theft. I had to be careful about walking around with my walkman (and puffy earphones).

Today, I don't worry as much but I'm still cautious and make sure I listen to music at a low volume so I can hear someone running up from behind me. Just in case.

In high school, I wanted to enjoy music while wandering through the park, but I had to be careful. You never knew when a group of rogue kids decided to surround me and demand my walkman (or tapes). It's a numbers game. They'd outnumber me and easily rob me.

Or maybe worse... what if I never saw them coming and they jumped me? That was always my main concern... get jumped from behind but not hearing anyone because I had INXS cranked up to full blast.

Alas, I devised a plan to be safe yet enjoy music. I tried to stick to paths with lots of people, then I could use the walkman. If it was getting closer to dark, or I was off the beaten path, then I'd put everything away so I could be fully alert.

So long as you did not go into the park at night (just like that Rolling Stones song Miss You), you were generally okay. I never felt unsafe cutting through the park during daylight. Then again, Central Park was the locale of bizarre sex crimes from the Central Park jogger to the Preppy Killer (Robert Chambers) choking Jennifer Levine to death behind a huge oak tree after what he claimed was "rough sex."

Although it happened in 1997, or several years after I graduated, a 15-year old rich girl (spoiled daughter of a Central Park West banskter) killed a homeless man in the park and dumped him in the lake. She was one of those bad girls who hung out in the park and partied with the local whinos. She and her boyfriend set up one of the drunks who lived in the park. She got him blotto drunk then stabbed him 50+ times, then dumped him in the Central Park Lake. Just like an episode of Law and Order, an early morning jogger noticed something floating in the lake. NYPD discovered the corpse. The baby-faced killer said she thought she'd get away with murder because she assumed the corpse would sink because the whino was "a fatty."

Central Park is fairly large (800+ acres) with lots of nooks and crannies. It's always been a gruesome place when the lights went out. You never wanted to be caught wandering around late at night when the freaks came out in numbers. And that does not include all the ghosts... all the souls who never passed over because they met their fate in the park at the hands of a knife, or a rock, or a gun. During the Great Depression, poor folks took up refuge in the park in makeshift Hooverville. Who knows how many people died of starvation in there? Those were among the original wave of ghosts.

When I worked at the Met Museum, sometimes I'd pop outside at lunchtime and burn a doobie with co-workers before going back inside and zoning out in the Degas room. But before I went inside, I wondered how many ghosts roamed the 800+ acres. Central Park was 250+ years old. You figured at least 10 people died per year... so that's something like 2,500 or so ghosts. Or roughly 3 per every acre.
by Pauly at 2/18/2014 09:30:00 PM