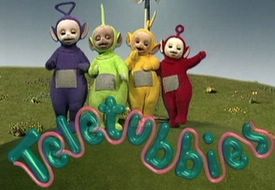 NYC's top hooker busted after she bragged about being the best fuck in town for $2K. She claimed she made more than $1.5 million a year in New Yorker Magazine. Read all about it:

By the way, the MTA has changed its rules regarding passenger behavior. Gothamist has the run down in Your subway behavior. No more open containers! Gasp. Sucks to be one of those Starbucks trendoids sipping their frappachinos while flipping through the NY Times on the downtown local.

In the pothead/druggie news of the day...

Take a peek at this Village Voice article... Up in Smoke: What not to do if you are a pothead.

Sorry Haley... Passing of an American Hero: Valium Inventor Dies. Time to pay homage to he guy who helped numb the pain of a gajillion Valium users over the last fifty years.

How about that Teletubbies drug bust? One of the is gay and another one is a coke fiend!

File this one under... freaky! A Wisconsin teen captures his own shooting death on video. They eventually caught the guy.

In some good news in the Big Easy... Residents slowly trickle back to New Orleans. Time to start cleaning up for Mardi Gras!

A suicide bomber struck at the University of Oklahoma. Luckily it was outside the football stadium and no one at the game was hurt.

How about a $190 steak? Just stop by Shintaro, a Japanese restaurant at Bellagio. That's where you can feast on a 10-ounce Washugyu Kobe tenderloin. I've actually ate at Shintaro once. I didn't get the Kobe beef!