Derek and I are off to G-Vegas for the weekend to attend the Brad-O-Ween festivites. Trip report will be posted upon my return. Until then, feel free to read part one of my Boulder trip report. 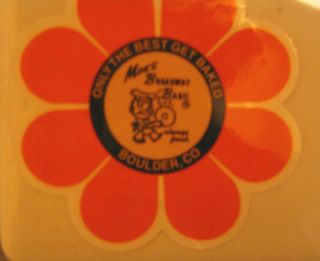 I took a van from the Denver airport to Boulder. The guy that drove the van looked like a roadie from the Allman's Brothers Band. He gave me extra special attention and let me ride shotgun because I gave him a huge tip before I even got in the van. Remember, I just got off the plane after living in Las Vegas for nearly three months. That $7 tip must have given me some extra groovy karma for the weekend.

The Joker picked me up in front of the historic Boulorado Hotel. Someone famous drank themselves to death in one of the upstairs rooms, but I forgot who it was. We quickly hit downtown and Pearl Street which is basically a pedestrian mall with cool shops, bars, cafes, and restaurants spread out over eight to ten blocks. After we parked, we walked by a t-shirt store. In the window was a Phish t-shirt. That was a heady reminder of the type of town I wandered into.

"Notice you don't see too many fat people," the Joker pointed out right away.

He was onto something, Boulder is one of the fittest towns in America. In the summer, everyone spends every second of daylight outdoors hiking, running, or biking. On a late Friday afternoon, Pearl Street was crowded. There were dogs and kids everywhere. Hippies take their little ones and animals everywhere they go. It's not image conscious like South Beach or LA. People are fit in Colorado because they genuinely feel a sound mind and body leads to a healthy life.

At the Boulder Cafe we sat down outside and watched a few street performers on the corner. I ogled at all of the cute college girls and hippie chicks. I spotted people from all walks of life. I should clarify, I saw all kinds of white people from all walks of life. You had a few Type A personalities, like the chick on the phone in the corner. Real Estate is her game and she spent most of the time pontificating about her vast knowledge of the local real estate market and the rest of the time on the phone "wheeling and dealing," as Clyde Frazier would say.

I ordered these tasty French fries with three kinds of dipping sauce. The first was a tangy BBQ which I only tried once. The second was a spicy sauce that looked a like like 1000 Island dressing. The third was a creamy dijonaise which tasted good as well. Colorado is home to tons of micro brews and I just picked the third one that the waitress rattled off. It didn't matter to me, because all of the beer in Colorado is better than those Coronas I can get at the hooker bar in the Rio.

One of Joker's buddies were in a band called Luna Sol. They were playing a gig a few blocks down. We headed over there and discovered that they were playing at the opening of a restaurant. We were actually crashing a private party and didn't know it. They place reeked of hipsters and yuppies, but the Spanish flamenco music was soothing. The owners had these weird drink specials that took ten minutes to prepare each specialty drink. I just ordered a beer because I knew it would come fast. They served all kinds of interesting foods like fried bananas and empandas with a spicy sauce.

We also found out that there was a cool band paying in a small town just outside of Boulder called Louisville (pronounced Lewis-ville). The Joker ate breakfast frequently at The Buff which was owned by this hot woman. She had two sons who were in a band called Rose Hill Drive that kicked ass. One fan described them as a power trio. Just a drummer, guitar player, and bass player, who was the lead singer. The Joker said they looked like a rock and roll band. All the members were long hairs and had stage presence. They sounded a little bit like Led Zeppelin and had a grooving G'ovt Mule vibe to them. The lead singer's voice was commanding and the guitar player displayed serious chops. They were all under 21 years old. Damn, they could fucking play.

Anyway Rose Hill Drive played an outdoor show for the Louisville Main Street festival. Inside the tent were tons of local high school girls. All I could think about was that line from Dazed and Confused... "That's what I like about highschool girls. I get older and they stay the same age."

I felt like Wooderson. The band impressed me and the local talent in the crowd was even more impressive.

After the show ended we headed down to a loft party in Denver that one of Joker's friends threw. It was after dark and lights of Denver just appeared out of nowhere on the drive down from Boulder. The Joker's buddy lived a few blocks from Coors Field where a slew of new converted lofts began to spring up. We stayed for a little while and I ended up doing a shot of tequila which went right to my head after drinking beers all afternoon long in the mountain altitude. Some guy in the kitchen shouted out, "Hey who likes sleeping with girls?"

A few people put their hands up, including me and one artsy looking girl sitting on the couch. Yeah the lesbian happily outed herself. You know there's one artsy girl at every party, who gloomily sits on the couch flipping through a magazine, contemplating suicide or secretly writing the first draft of a poem inside her head called "Loser and Poseurs at Cocktail Hour."

We left soon after and headed back to Boulder. We had a long day prepared for Saturday with two bands playing at Red Rocks. After all that's why I came out to Boulder in the first place. Stay tuned for Part Two.
by Pauly at 8/19/2005 12:11:00 AM