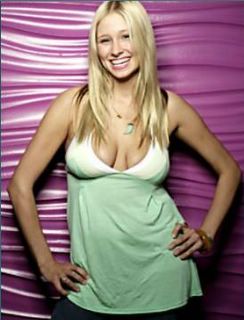 I'm officially a New Yorker again. I had a bagel for lunch and already told two people to "Fuck off!"

Damn, I missed New York City. Where else can I get a $65 cab ride from JFK airport? My flight from Las Vegas to New York City was $119. Yeah, I miss this expensive town. No more $3.99 all-you-can-eat buffets with Grubby, that's for sure.

Grubby drove me to the airport yesterday and of course my flight was delayed. I ate at Wolfgang Puck express located at Terminal D in McCarran airport. I had a grilled chicken, provolone cheese, and bacon wrap with romaine lettuce. Once I was seated, the couple next to me announced that just got hitched. They were calling up all their friends and family on the phone as we waited to take off. I gave them 3 to 1 odds of having a divorce by Labor Day 2007. That would be the last prop bet I'd lay while still on the ground in Las Vegas.

Jet Blue has TV and I spent most of my time watching junk. I've become super burnt out on poker and need a few days off. The pinnacle of this poker overload was turning off ESPN's poker coverage and willingly watching MTV's Real World: Austin. Oh my, that chick Melinda (pictured) is one hottie. She's a spit fire of a gal and held my attention for most of my trip. Thank God for Real World marathons. Like I said before, blondes are -EV.

Late night, I hung out with my brother. We watched a movie (City of God) and caught up. I then sweated Grubby in a MTT on Party Poker late last night. He took 13th out of 2300+ players. Amazing run. I was hoping he'd make the final table because that's where the serious cashola was. Of course I'm still on Las Vegas time, so I was up until 7am listening to some old jazz CDs of mine that I didn't take with me to Las Vegas. I also played few SNGs on Noble Poker in my quest to win $1 million. Since it was so late, it seemed like I had the same players at my table every time.

This morning, I found myself in my mother's apartment reading my mail. Mamma McGrupp has a bar in her apartment. Nothing too fancy, it's a pseudo roll-away bar that now sits flush against the wall where a few of my paintings are displayed. I laughed when I saw that she printed up a picture of me and Lou Krieger from the WSOP celebrity/media event and it was hanging on the fridge.

I sat at the bar and read all of my mail. My mom mailed me one batch in late June, but held off on the second run. As I sifted through tons of junk mail, bills, bank statements, and wedding invitations, I came to the conclusion that I'm gonna need a few weeks to sort out certain aspects of my life that I've neglected the last three months.

Living in Las Vegas was like living on another planet.

Anyway, it seems that I'm getting a ton of mailings from Foxwoods. I also owe taxes, or so it says in a few cold letters from Uncle Sam. I got a couple financial statements. My penny stocks are still worth pennies but one of my Canadian natural gas and oil exploration stock is slowing rising. If any of those hit, I'll be able to back 20 bloggers in next year's WSOP Main Event.

I also got my high school alumni magazine along with a "thank you note." Many moons ago, I attended a prestigious Park Ave. prep school and I'm on good terms with the alumni office after I contributed to their annual fund this year. It seems however, that my WSOP exploits were trumped by two more famous alums. One guy climbed Mt. Everest and sported my high school's banner in a picture. Another guy was named as Wall Street's top stock analyst for 2005. At some point in my life, my goals were to do both of those things. The closest I got was a "rookie of the year" award back in 1996 and a uneventful ascent on top of some boulders in Rocky Mountain National Park last weekend. But that's OK, both guys missed out on living at the Redneck Riviera, hearing Flipchip's Vietnam War stories, and getting groped by Amy Calistri. I'll take those memories any day of the week.

I got something in the mail from the DMV. My license expires on my birthday in September and I have to get in renewed. $45 for 8 years. What a rip off. I looked at mine and realized the date it was issued: 9-18-01. I was supposed to get it renewed a week earlier but never made it to the DMV for obvious reasons. Wow, four years flew by.

Indeed, four years ago, I was a depressed long-haired painter who barely wrote. I was dating a neurotic photographer from San Francisco (and yeah, she was blonde) who flaked out after 9.11 and retreated back to Northern California while the Ground Zero fires were still buring. Lost and uninspired, within a few months I cut my hair, dusted off a Brooks brother suit from my closet and went back to Wall Street.

Eventually, somehow I ended up where I am today. Never did I ever imagine in the somber and darkest days of New York City weeks after 9.11, that I'd be writing and living in Las Vegas of all places. After attending a half a dozen funerals, thoughts and dreams like that didn't seem possible, plausible, and attainable. Yet, here I am... not even home for 24 hours and I realized that the past year and last few years of poker blogging have been one wild ride.

By the way, my poker blog turns two years old today. Here's the first ever post called... Why a new blog?