The Valium gave me wicked cottonmouth. The pain killers made my entire body itch like a junkie waiting for his fix to kick in. At least my right knee was absent of pain. I slipped into a rage of frustration as the insomnia strangled by brain with my sweat-soaked pillow. Not being able to sleep with my knee throbbing was slow torture. The bum knee has been acting up on and off during the past week. An old hockey injury came back to haunt me.

It was time to call upon a pharmaceutical cocktail. It's a last resort if I can't fall asleep and I have not resorted to these drastic measures in months. 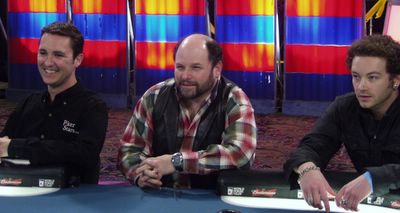 I popped a couple of painkillers and chased it with a Valium. I hoped that the pharmie cocktail was going to be like watching Babe Ruth stepping up to the plate after Lou Gehrig. I recall listening to some John Coltrane with Thelonious Monk as I slipped into that hazy middle ground when you begin to lucid dream then forget everything.

I only slept five hours, but they were five straight. When I woke up, I felt super groggy like I just took a Quaalude then did three shots of Tequila. I wanted to roll over and go back to sleep. My thoughts are frazzled and I struggled to recall a dream that I just snapped out of.

I attempted to piece together my last few waking hours on Saturday. I read Blue Blood for an hour and I couldn't fall asleep. Daddy called me back after I called him a week earlier for Dial-a-Bacon. He was sitting on his porch and we talked baseball for thirty minutes. His old man is a Yankees fan, which is odd for an Indiana resident. And Don "Donnie Baseball" Mattingly grew up in his wife's hometown, just ninety minutes away from Hilljack County. Don Mattingly is a local God and the good people of Southern Indiana are die hard Yankees fans. They bleed pinstripes.

I got my ass kicked playing poker on Saturday. Some of it was luck of the draw. Most of it was me being too stubborn and my pride got in the way. I lost well over $200 in about an hour and I deserved to lose more. If I listened to Daddy and signed up to play in a tournament with him, I would have only lost $26 with the possibility of winning the first place prize of $5,000.

On Saturday morning, I finished up an article I was writing about the 2006 WSOP main event that will take place at the end of July for two weeks. First place is expected to win $10 million! I took an hour and finally wrote part III of a running series on the Tao of Poker called Born to Gamble. I'm enjoying writing those segments. The work seems effortless since I'm unleashing my thoughts and memories onto the page. I wish the Las Vegas book flowed that easily.

Last Wednesday, I watched Wil on the Travel Channel. He appeared on the WPT Invitational that was taped at the Commerce Casino in LA last February. He was the last celebrity standing at that tournament and collected $10,000 for his favorite charity. He outplayed several pros and a few celebs who can actually play cards. At one point he had Jason "George Costanza" Alexander at his table. During one of the breaks, Wil told Jason about my blog as he introduced us. The majority of famous people and celebrities that I've met are aloof and most of them are pricks and assholes. Not Jason Alexander. He was a nice guy and remembered my name when he walked away. During one of the breaks, I snapped the above photo of them with that Scientologist dude from That 70s Show.