Real World LA Flashbacks: Cowboy Guy, Drunk Irish Dude, and the Chick Who Got Knocked Up By Kenny Anderson 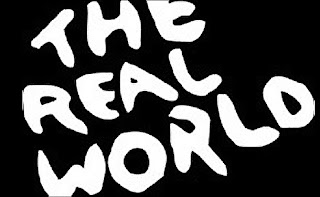 1994. My friend Mophy told me about the Real World. "It's these kids living in a house out in LA and everything gets filmed."

Mophy lived off campus and had cable TV. We didn't have cable in my fraternity house and I got four or five fuzzy channels including the "Superstation" TBS (because we lived in Atlanta). In the early 90s, TBS only aired Braves games and Andy Griffith. Instead of TV, we watched a ton of movies (VHS tapes) and played video games (NHL 94, Mortal Combat, PGA Tour).

I hung out at Mophy's apartment and bonged out and watched my first episode of reality television that's wasn't COPS. I missed the first season (New York), but got my feet wet with the second season. The house was in Venice. Seven strangers. Getting wasted in front of cameras. The cast of the Real World: Los Angeles (Venice) were still the guinea pigs. That was 20 years ago.

Nowadays, everyone gets their own reality show. That's the updated version of Andy Warhol's fifteen minutes of fame. In the 21st Century, at some point you will appear on a reality show.

Real World LA had an interesting cast of characters. One of the girls (Beth from Cleveland) was an aspiring actress and she became the first smarmy character to manipulate and really work the cameras in hopes of it getting her big break. Most reality show participants have aspiring show biz dreams, but what they don't realize is that their reality show is the pinnacle. It's as good as it gets. Very rarely do they break out into sitcoms and feature films. Otherwise, they get recycled on other reality shows. It's like being a baseball player who had a cup of coffee in the pros, but gets stuck dicking around the minor leagues for the rest of their career.

What reality stars du jour never realize is that they'll never get more famous than that moment. It's all downhill. Fast and steep hill down too. I found that out the first week I started dating Nicky and we went out to a ritzy sushi joint in West Hollywood. An Oscar-winning author sat on the patio (Nicky and her boss had referred to him as "frog face") and one of the Red Hot Chili Peppers sat two tables down from us. But it was the pretty girl at the bar that caught my eye. She was a former cast member of Road Rules (another MTV reality show) and like most aspiring actors, she showed up in LA and got a harsh dose of reality. Unable to book any commercials or roles, she turned to bartending to make ends meet.

One minute your face is splashed all over MTV and the next you're pouring drinks for one of the Chili Peppers and an Oscar winner. Hollywood is a tough fucking town, especially for reality stars... the red-headed stepchildren of the entertainment biz.

Tami, one of the Real World Venice cast-members, was called an NBA groupie by Chuck Klosterman in his infamous essay about the Real World (he was comparing archetypes from St. Elmo's Fire). When I watched the show on Mophy's couch in 1994, Tami was an aspiring singer in a waterered-down, third-rate knock off of Destiny's Child. When the singing career never went anywhere, she looked to NBA players for a fat paycheck as one of their "baby's mama." She even married Kenny Anderson1 who was like a god among mortals. Kenny Anderson was one of only two highly-touted teenagers2 that I was super geeked out to see in real life.

In the "small world department of six degrees of Kevin Bacon", one of my roommates (when I lived in Brooklyn) was from the same hometown in Kentucky as the "Cowboy Guy"country singer who always wore a cowboy hat. Anyway, Mophy said his favorite character was the Cowboy guy because he sat around and watched TV all day.

I identified with Dominic, the drunken Irish band manager. No stereotypes there, eh? In the first episode I saw, Dom had passed out on the beach. Shades of Three's Company when Jack Tripper tied one on at the Regal Beagle and took a nap on the beach. Dominic struck me as the kind of guy who would have been the village drunk no matter what century he lived in.

At one point they kicked out the TBG (token black guy). David Edwards was a comedian but he supposedly roughed up Tami and got booted off the show. He was the first person to get kicked off a reality show and he wasn't the last. He was replaced by a white lesbian. I loved that she showed up one day wearing a shirt that said something to the effect, "I'm not a dyke, but my girlfriend is." Beth the Lesbian (not to be confused with Beth the self-absorbed actress) freaked out Tami for some reason.

I don't remember much about the rest of the cast (and I don't want to Google it, otherwise I fall down another rabbit hole and lose 17 hours watching old episodes of the second season of the Real World). But there was some toe-head surfer dude (who looked like your typical frat boy date rapist) and there was a tough Latino chick who was a cop.

Without cable, I watched a couple of episodes of the Real World at Mophy's flat but that was it. After graduation, I stuck around Atlanta for the summer before I returned to NYC and got a job at the museum. I didn't even have a TV during my first year back from college. When I moved to Park Slope to share an apartment with Ursula (who went to high school with Cowboy Guy), I finally got a TV and cable. I recall binge-watching a Real World LA marathon and that's how I caught up all the episodes I missed. I found out MTV were airing single episodes of the first season... Real World NYC. I started taping those (ah, via VCR) and eventually caught up on the first two seasons.

In another small world situation, Ursula and I worked with a girl we called Jersey Jen (we worked with six Jens). Anyway, Jersey Jen went to high school with Eric Neis (cast member from original Real World NYC). She said Neis was kind of a dick because his father was a NBA ref and he thought he was hit shit, but his sister was really cool and laid back.

I watched the third season of Real World: London with my roommates in Brooklyn. Ursula had a huge crush on the British dude. I fancied the Australian model. But that's a post for another time. Just like the story about how I played poker with Trishelle from Real World: Las Vegas. It'll have to wait until I have more time. For now, it's back to work.


1. When I was a kid, Kenny Anderson was like a god among mortals. Anderson was the best high school basketball in NYC and maybe even the country. He snubbed a scholarship offer at UNC because he "didn't want to be a pony in Dean Smith's stable." Anderson also went to college in Atlanta... at Georgia Tech. But Emory was a DIII school so we never played Tech. Luckily I watched Anderson play a lot in NYC.

2. I've only been super excited to see an 18-year old phenom twice in my life. Once was watching Kenny Anderson scrimmage at my basketball camp (when he was a senior at Molloy), and the other was getting a first glimpse of Annette_15 (a wunderkind online poker pro from Norway named Annette Obrestad who held her own against the world''s top pros as a teenager still in high school), when she played in one of her first live poker tournaments in Monte Carlo.