The bad beat jackpot on Party Poker was hit during my Lamont Jordan Fantasy Football League draft. Bastards! I play in a pretty competitive fantasy league with 14 teams. $2200 goes to first place. The guys who play are mostly from Long Island. They all grew up with Jay Fielder and went to high school with him. Anyway, I had the second pick and went with Shaun Alexander. I feel lukewarm about my draft. I felt that I could have done a much better job. But picking players is like picking stocks. Somedays things go so awry, that you're better off betting on whether a monkey could fuck a football. 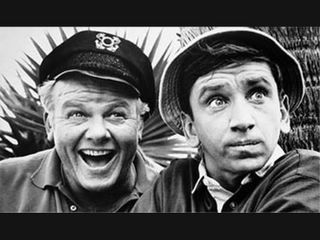 I've been in the writing zone. It usually takes me at least a day sometimes two to write a freelance article. On Monday, I wrote two back to back. I was on fire and today I cranked out more stuff. I kinda wish I didn't have to go travel because these writing rushes don't come along too frequently. It's like poker. You never know when they are going to come, but as soon as you think you're about to go on a rush, you have to do everything possible to maximize your potential during those rushes. Hence, right now. I'm gonna throw up a half assed post so I get get back to writing.

Since I got back home to NYC after living at the Redneck Riviera for almost three months, I've taken a hit in my online bankroll. I've been doing extremely well in live cash games and tournaments, but online has been a disaster. I cannot recall ever suffering from so many brutal beats. It's happening on different sites. Party Poker. Full Tilt. Noble Poker. Inside of five days, I lost a buy-in at a limit table three times. That's never happened to me before. It's one thing to lose a lot of hands when you are a clear favorite. I didn't receive an extraordinary amount of bad beats. It's just that the four or five most brutal beats were in some of the biggest pots. I didn't flip out or anything. I only went on moderate tilt once. The rest of the times, I lost my buy in, so I couldn't go on tilt. That's part of my stop-loss strategy. If I lose a buy-in, I leave. Pretty simple. In my hit and run days, I try to win half my buy in and then leave the table.

The bad beats are something that will always happen. So I sucked it up and kept playing. I won a little bit of that money back, but we'll see how much I can recover before I hit the road.

Daddy said he was going to pull the plug on his blog Snailtrax, or Snailshit as his old man refers to it. I had just one word for Daddy... Pussy!

In homage to Daddy, you must read Three State Bender Part I: Donkey Fuckers and Hill Jack Boys. It's about hanging out with Daddy in Indiana this past May and my quest to learn more about the subtle art of donkey fucking. That might have been one of my favorite trip reports. Ever.

You know what, I pretty fuckin' sad today. I've only felt this atrocious feeling in my stomach a few times.... on 9.11, when Patrick Ewing got traded, when Jerry Garcia died, and when my ex-girlfriend died in a car accident.

Daddy not blogging is like watching Seinfeld without Kramer.

Daddy not blogging is like eating fat-free ice cream.

Daddy not blogging is like having sex with a dead cat that's not really dead.

I might have to start calling Daddy the Trey of Poker Bloggers. If you don't know a lot of Phish conspiracy theorists think that the lead singer and guitar player, Trey, sabotaged Phish and is the reason why my favorite band broke up. Now half of these people have been spun out on ecstasy since the Bush Junta took control, and the other half of those neo-hippies adored Phish in a fanatical and cultish way. When you take away something that's sounds so fuckin' good and is truly one of the few cool things out there... well people are going to be pissed and freak out. Now, I know why Phish broke up. It's hard to do something for twenty years and not being able to evolve as artists. Their lives were changing. Their needs were changing. Their art was stagnant. Something had to give.

Life is about cycles. And those cycles represent change. So if Daddy needs to change so be it. But I'm going to miss that donkey fucker. I don't know about you, but this is one of the saddest days in bloggerdom in a very long time.