I have a ton of random blogworthy news stories that people have sent me or have been sitting in my bloglines folder. Here they are...

The burglars thought they had hit the jackpot when the saw the pale-coloured powder marked "Charlie" — slang for cocaine — in a pot on pet-lover Dee’s mantelpiece. But they were unaware the pot was an urn and the "drugs" really the remains of her beloved Newfoundland Charlie, who died in 1997.

When Jenna isn't cruising Craig's List looking for sexual partners, she sends me funny ass blurbs like this one... My Crazy Pothead Neighbor. 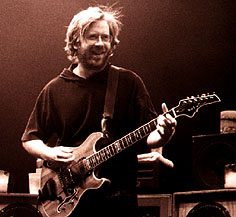 Trey is going on tour! Here are his fall tourdates. I'm down for the NYC show and possibly the LA one.

Speaking of Trey, there was a kick ass benefit concert in Berkeley that featured Trey and Bobby and other members of the Grateful Dead in a tribute to the music of Jerry Garcia. I wish I could have gone and checked that out.

There was a member of the Bush Junta busted for drunken driving. This time it was Jeb's youngest son's turn. He's the bad seed in the Bush clan, which means he'll be president in 2024.

And this bit about High Altitude Hijinks made me laugh. But where the fuck is the beverage cart deffication?

This gives me hope.... A Journalist and Blogger Tries Teaching. Someday I'll get to teach a class on bongmaking and blogging.

Showering Together is written by the greatest American living writer, Neal Pollack. And it has nothing to do sex rather on how to survive baby showers!

This sounds interesting... Dutch Talk-Show Host to Take Heroin On the Air. Just what we need. More smack-shooting monolouges. I wonder if Conan will smoke crack and Letterman will toke up this week?

Speaking of bongs... how about the new vodka that comes in a bong?

The O.C. is coming out with a video game and it makes me wonder if it will feature a shrinking Summer and a poorly dressed Marissa?