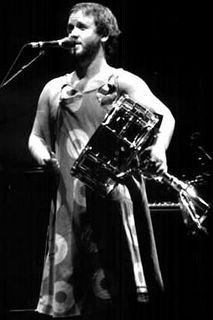 The worst thing that happened to me this weekend was losing well over $300 playing online poker. The damage is probably a lot more, but those things happen. The best thing for me was playing in two charity poker tournaments online. The one on Friday night raised $14K and the one on Sunday night raised $24K... so a total of $38K will be going to Hurricane Katrina Relief. I'm going to try to play in two or three more of these tournaments.

I managed to write a decent amount over the last few days. The events in New Orleans inspired me to kick it up another gear. I'm working harder than before and enjoying small simple moments as much as I can. I've been trying to get the first part of my book proposal down and that took away some of my attention on completing the book itself. I'll need a good solid week with no distractions for that to happen. I'm hoping after I get home from Europe and Atlantic City, that I will be able to crank it out before I go back to Las Vegas in mid-October.

I wrote a few freelance articles and that's important because it pays the bills. I haven't made any money so far this month as a poker player so I'm relying heavily on my writing skills. Plus I just cut a $800 check for my over due cell phone bill. That hurts especially because I hate talking on the phone.

Here's several that got published recently:

1. Cyndy Violette player profile
2. Purity at the Poker Tables
3. The Stupidest Games I Ever Played
4. Before They Were Pros
5. A Look at Joe Hachem

I finally updated both my fotolog and my Phish blog. I've been seriously neglecting both. I went through the archives of my fotolog and I was impressive with the overall collection of photographs that I've posted and snapped over the past few years. My new goal is to set aside time each week to post on both. Most recently, I haven't had the time, but music and photography are passions of mine and I'm not going to let them slip away. I'll find the time.

I've been scrambling to figure out who to take in my Lamont Jordan Fantasy Football League draft, which is being held on Tuesday. Senor, Derek, and I are all sharing duties with one team this year. Uncle Jodd's band is back and we expect to win some cash this year. Last season we made the playoffs but lost in the first round. We have the second pick this year too and it's looking like we're gonna take Shawn Alexander. He's going to have to shoulder the load this year.

I've been busy working on my Pauly's Pub pools for college football, NFL Pick'em, and Grid Iron. That takes up more time than I'd like. It looks like we're going to have over 30 players in my NFL pool.

I finished reading a Marshall McLuhan book that I started before I moved to Las Vegas and never finished. I finally got around to reading blogs and news articles that I've been saving. My bloglines folder is finally clear. It seems that New Orleans as been blog fodder for the past week or so and it's always good to get different perspectives. The bottom line... it's one big shit sandwich and we're all gonna have to take a bite.

This week I have a ton of shit to do like laundry, pack, buy Euros, and get a haircut. Yesterday, I finally bought a power adapter for different European countries.

One week from today, I'll be in Amsterdam sitting in a cafe, watching people wander past me, dragging a spliff combined with Afghani hydro andPurple Haze, while joking around with Briana... cant wait.
by Pauly at 9/05/2005 01:13:00 AM