I've been trying to cram two weeks of errands and work into five days. The result? Very little free time and a packed schedule. In the last few days, I cranked out two articles with deadlines. I'm also proud of myself for writing an advance article for a my column in Poker Player Newspaper that's due 15 days from now. It's ready to go. I have one more deadline due on Monday. I haven't started it yet and will work on it this weekend when I'm in Hollyweird.

It's only a few more hours until I see Galactic bring Nola style ass-shaking funky-soul to the House of Blues in West Hollywood, which will kick off the first series of wanderings that I'm doing over the next dew months.

For the most part, I've been running around to the bank, to get a haircut, do laundry, multiple trips to the post office, and of course getting all my shit together to hit the road for a few months. 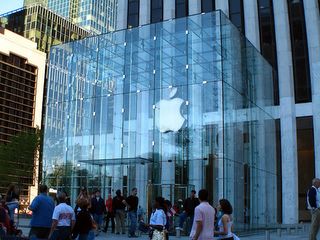 I finally completed the second draft of Jack Tripper Stole My Dog over the weekend. I wrote the original manuscript in ten days during November of 2002 for NaNoWriMo when I worked on Wall Street. I'm amazed on how quickly I cranked out 55,000 words especially trying to work a 16-18 day. I didn't sleep much those days and used to edit my stuff on the subway. I'm a better storyteller today and JTSMD was a story worth retelling. It's yesterday's story in today's voice. The plot and characters are the same. I deleted about 20% of the book (trimmed the fat) and added 10% new material (added hot sauce). The manuscript is tighter and flows better than the original, which a handful of you had the rare opportunity to read. Over the next few months, I will figure out the best way to self-publish so you can eventually own your own copy of JTSMD.

Some time away will be good so I can pick up the book again in a few weeks and read it with a fresh perspective. By then a few friends would have read the updated version and I can take their corrections and notes before I tweak the draft and decide upon it's future.

I got a haircut on Wednesday morning. It was a so-so haircut. But the conversation was stimulating as always. Vinny the barber said he wanted the Yankees to trade A Rod to the Cubs and that the Mets are toast this year. Vinny loves to gamble and asked me about some random blackjack strategy as we also discussed my last trip to Atlantic City.

Vinny used to run marathons when I was a kid. In fact, he used to be my running coach when I was in the 8th grade. Back then I used to run 10K on the weekends in different parts of the city. And Vinny was my coach. He'd run the race much faster than me then circle back and run with me for the last mile or so. I actually won my age group during the Riverdale Ramble in 1986. Sweet Jesus, that was twenty years ago.

When I started highschool, my homeroom teacher happened to be the track coach. When he found out that I lived a few blocks from Van Cortlandt Park (where the Catholic high schools held their cross country races every Saturday in the fall), he pretty much made me join the team, especially when he found out that I used to run 10Ks. Cross country races for freshmen were only 1.6 miles but he had a tough time finding runners. I made the team without a tryout and even ran a few races with the upperclassmen. I remember breaking the 10 minute mark for the first time, especially on a tough 1.6 mile course like Van Cortlandt. I used to run the Central Park Reservoir in under ten minutes but that was flat and a a little shorter at 1.5 miles.

Anyway, Vinny the barber had not run the NYC marathon in over a decade before he made his return last year. He did it around 4 hours, but he's also pushing 60 years old. When I told him I had been running again, he thought that was great. He told me to focus more on length of time of my runs more so than the overall distance. He also told me that if you run for six hours every week, then you can eat whatever you want and not have to diet all the time. That's my goal... to instill a workout regimen so I can continue to enjoy my favorite foods. But finding the time to run while I'm on the road will be tough. Plus I'm worried that my bum knee won't be able to handle the long term pounding. If I ever sell a screenplay or get a fat advance for a book, I'm going to use the money to get my knee fixed (and the pinky on my right hand which frequently dislocates) for good.

The other day my iPod died. It was less than two years old. I originally bought a refurbished model for like $140. It held up great until the last few weeks when it started doing weird things and making weirder sounds. There were moments it would lock up. Every day it seemed that I was restoring the iPod back to its original settings and that stopped working. It eventually bit the dust the other night only a few days before I go on the road. An iPod is essential while traveling and finding myself with insomnia in random hotel rooms.

I sucked it up and bought my second iPod inside of two years. In the last few weeks, I had to buy a new phone and new iPod which ran me about $400-450 in total. I'm waiting for my laptop to die to make it a complete hat trick.

I headed over to the new Apple Store on Fifth Avenue. I heard it's a 24 hour place so I might have to stumble in there one late night with all the other freaks. The store had been getting a ton of hype since it's opening. And the store was jam packed with a small percentage of New Yorkers on their lunch hour while the rest of the store was populated by tourists. A British woman in front of me bought five Nanos and it took me less than two minutes to get my new video iPod. I had to stand on line for four minutes but if I didn't putz around looking at all the cool stuff, I could have been in and out of the Apple Store with a new iPod in less than seven minutes.

I walked about sixty city blocks in Manhattan on Wednesday. I started out at 72nd and Broadway and then headed East. I walked past the Dakota and cut through Central Park, puffing a joint in Strawberry Fields before I made my way down to Fifth Avenue and 59th Street. After a quick stop at the Apple Store I walked south on Fifth Avenue past Rockefeller Center and St. Patrick's Cathedral, and past the Library on 42nd Street and the Empire State Building. The temperatures were hitting close to 70 degrees and at 1pm the streets were congested with tourists snapping photographs in front of random landmarks and workers on their lunch break frantically chain smoking cigarettes or incessantly yapping on their cellphones.

I met my buddy Bruce for lunch near the Flat Iron District. As we walked towards Sixth Avenue, a bum pushing a shopping cart stopped right in front of us. Here was the short exchange that ensued:

Bum: Sorry to interrupt, but can you spare some money so I can buy some food?
Bruce: No and go fuck yourself. Have a nice day.

The bum walked away and Bruce continued what he was talking about before the bum interrupted him. It was totally random and happened quickly. We we're already a block away before I stopped Bruce and said, "Did you just tell that bum to fuck off?"

"Yeah Bro," he admitted. "But I told him to have a nice day too. Which is more than most New Yorkers will ever tell him."

Here's something completely random... I watched the Ice Storm with a young Katie Holmes. I forgot that Traffic's Light Up and Leave Me Alone plays in the background of the scene when Tobey Maguire's character swipes the prescription pharmies from Katie Holmes' mother's medicine cabinet. Eventually Katie Holmes passes out in his lap and he didn't even have the balls to cop a feel and "dry check her oil" like Daddy would have done.

By the way, I can't tell if this is a good thing or bad thing. The press and exposure is a good thing, but becoming a target of the Federalies could be a bad thing. Check out a Business Week article written by Catherine Holahan called Online Gambling Goes Underground. She interviewed me a couple of times last week for her piece where I get a mentioning in the opening and in the last paragraph. Ah, I always wanted to get quoted in Business Week but I never thought it would be as a result from the popularity of my poker blog.