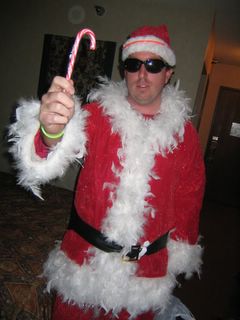 Sound Tribe Sector Nine played a late show at The Joint at Hard Rock Casino. Of course, we went and the entire crowd was lit up like a Christmas tree. The Joker busted out his Disco Santa costume and all the ladies were swooning. Here's the incomplete setlist: