There was no traffic driving from Las Vegas to LA. That was a lovely surprise. Nothing is worse than having to sit in traffic after a long Vegas bender. I drove the rental car halfway through the desert and Nicky took the wheel for the final two hours of the LA approach. She safely navigated us back home without any delays. 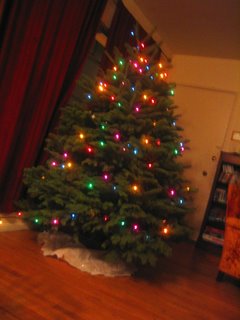 It was late for LA dining standards, well after 8:30. There were not too many eateries open late on a weekday night that's why Nicky suggested Doughboys on 3rd Street, only a few minutes from the apartment. When we drove by, the place was packed with several parties of people mingling in front waiting for tables. There was no parking within the four or five block radius of Doughboys. After a few expletives, Nicky made a command decision and drove a few blocks to The Grove to eat in the outdoors Farmer's Market.

We headed to the back near Gumbo Pot. I ordered a blackened chicken breast Po Boy with a spicy Creole mustard and a side order of red beans and rice with a glass of mint flavored iced tea. The beans and rice and the chicken were both spicy but not too hot that you couldn't taste the rest of the food. Nicky ordered soup in a bread bowl and all I could think about was that Seinfeld episode when Costanza worked for the Yankees and George Steinbrenner (voice by Larry David) was telling him about eating chili in a bread bowl.

On our way out of the Grove, we had to navigate through a myriad of Christmas shoppers with bags and bags of overpriced material items for loved ones. We eventually got to the elevator in the parking deck. I was the person closest to the doors as we waited for the elevator. When it arrived, the doors opened and Rachel Bilson from The OC stood by herself. She was super tiny and smiled at me as she walked out. I got in and mentioned something to Nicky who said, "In LA, if you see someone who looks famous, it's usually them."

Two days later Showcase called to say he spotted Rachel Bilson walking down Olympic Blvd. He even stopped to snap a photo with his camera phone.

I should have been writing, but we went to see Casino Royale instead. I heard positive reviews from friends, and I had always been a fan of James Bond flicks. I'm in the majority when I say that the franchise progressively went downhill over the years. Sure there were some random good flicks in the 1980s and 1990s, but ever since Sean Connery stopped playing Bond, the other actors who took on the role we're never as convincing as Connery.

Indeed, Casino Royale was the best bond flick in years and Daniel Craig might be the best Bond since Connery. The thirst 2/3 of the film were entertaining, while the final act fell flat on its face for me. I couldn't wait for it to end. Overall, I enjoyed it and was interested what parts of the third act that Paul Haggis (Oscar winner for directing Crash) re-wrote because it was plain awful.

The footchase scenes were spectacular, particularly the construction site/embassy chase. Craig's Bond is in the best shape of his life and we realistically get to see scraped knuckles and bruised faces on Bond after his fisticuffs with the bad guys. The poker scenes were near flawless. Former studio-exec Nicky thought the film was good and gave it her stamp of approval.

I stuck around LA for two extra days while I worked on a deadline. It was a little harder to get back into the writer's mode after that whirlwind Vegas trip. My trip reports took longer to write... because I didn't feel like writing. Period. I had the stories pre-written in my head. Physically, I didn't want to sit down to crank them out. I've learned enough about my craft to understand that when I need to press the issue and force myself to write or when I should just sit back and wait until the words are ready to flow through me.

On Thursday night, Nicky drove downtown near Union Station to buy a Christmas tree. There was a tree auction going on while we walked into the lot as a woman on a bullhorn was pimping off a seven footer. One guy bought it for $45. We headed to the back of the lot as Nicky walked through several rows looking for the right six footer. She had a system and carefully inspected a few that she considered to be possible choices. Even though Showcase was Jewish, he loved having a Christmas tree in the apartment. He never got to experience what that was like to wake up to the fresh smell of fir needles.

Nicky found a noble fir that she liked. The price was $69 for a shrubby six footer but it was tilting. Slightly. A saleswoman came over and offered to knock $19 off as a "Tilting Tree Discount." A couple of books underneath the stand would correct the tiltage, so Nicky agreed to buy the tree for $50. They tied it on the roof of her car and she gave the woman a $5 tip. We careful drove back to the apartment on the side streets all the way down Olympic Blvd. towards Beverly Hills.

I dragged the tree inside and within minutes, Nicky had lights around the tree and for the first time since I was in LA, it actually felt like Christmas. Except that it was 67 degrees.

After a couple of attempts at Doughboys (parking is a bitch around there and Nicky's negative parking chi cockblocked us from finding a decent spot), we finally made it for breakfast there on Friday morning. I had been up for almost six hours before we went so I was famished. They specialize in breads and plenty of breakfast items like stuffed French Toast with cream cheese and strawberries or their infamous Banana and Pecan Pancakes with Butterscotch syrup. That's what Nicky ordered.

I went for the "Breakfast Sandwich" which has enough grease in it to drown an elephant. It's two thick slices of pan di mie bread with two fried eggs with emmanthal cheese and bacon. They grill the sandwich then top it with more emmanthal cheese and gratineed. It was tasty but could have used a little less cheese but more bacon and scrambled eggs instead of fried eggs. Hours after I finished, I was still stuffed and could feel the grease floating around in my stomach.
by Pauly at 12/17/2006 01:58:00 AM