I feel bad for bad bands. I'm not talking about the disaffected suburban kids who form punk bands to piss off their divorced parents and square neighbors, and they end up venting angst by barely learning 1.5 chords and getting blind drunk in basements and play so loud it sounds like roaring lions humping a washer machine. There's a ton of nobility in that pursuit. I'm talking about wanna-be bands with starry eyes gigging in big cities across America who that log endless hours and hours in the tightest of spaces practicing their asses off to get a gig in the divest of dive bars, only to shit themselves on stage by bombing a set. 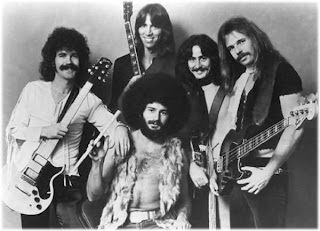 It's one thing to know your band sucks ass and barely held together by a mixture of bad drugs and nowhere else to go. You know it's a glum situation, but the show must go on and you can only hope your bands' internal problems will disappear by the time you take the stage. But if you put in the prep time thinking you're much better than you are and really suck... well, that's one of the worst failures you can hope for. Lack of self-awareness has let to many humiliating nights. Nothing breaks up bands faster than a bad gig. So many bands inflict unnecessary torture upon themselves, because there's nothing more pathetic than a band sticking together that should have broken up two weeks before they started.

Weak links kill bands. There's someone in every band who is the weak link. You can overcome youth and inexperience by putting in the time, but you cannot overcome musicians who lack drive and ambition and give the band their full attention and devotion because they're bone-dead tired juggling a day jobs or other nagging things like disapproving parents, jealous girlfriends, baby mama's, or addicted to snorting Xanax. It's tough enough to get your own shit together and jump out of bed willing to stay on the same path and reach a specific goal to become a kick-ass band. Try getting three other people to do the same. Or four. Or five. Or if you have a huge band... ten or more. And then try convincing everyone's support group that each band member's individual sacrifice is worth the time and effort. 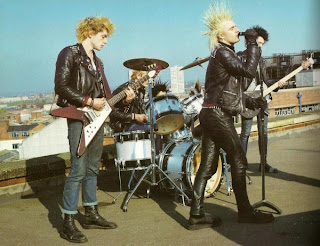 Bands will only go as far as their weakest link. And if they have a glimmer of talent and ruthless enough, they'll get rid of the one person holding them back. It's a fucked up thing to do... but a lot of bands get desperate after putting in years and years of hard work with nothing to show for it. The "love of music" and working hard to make your dreams come true can only carry you so far before you become a jaded, weary road warrior gigging in shitty-ass bars that smell like septic tanks exploded underneath the stage, or getting stiffed by slithery club owners, or ducking empty bottles thrown at you by shitfaced hooligans, or catching an STD from a buxom jail bait hottie. So if replacing your lazy bass player (who nods out most of the time and who's always late) with someone more talented and significantly more sober can get your "bar band" one step closer to landing a huge recording contract with potential radio play... they'll do it. In a heartbeat. Whack. Two to the back of the head. Sorry, you're fired. Especially if it's a slick L.A. suit from the music machine dangling fortune and fame in front of starving musicians.

I've seen plenty of bad bands by accident, you know, without intending to pay money to actually see them. This ranges from well-known bands to unknowns. I caught dozens of shitshows from so-called big bands at musical festivals (I really wanted to like Mars Volta at Vegoose but they were horrible, and REM at Langerado was one of the worst live performances I've ever seen), let's not forget about all those Grateful Dead shows I saw in 94-95 when Jerry Garcia was so strung out he stared at his feet the entire time (I swear he nodded out during Wharf Rat at Giants Stadium in 95). And how about the hundreds of shitty bands I saw only because they were opening up for a band I intended to see? I'm the schmuck who showed up early and got stuck listening to bad bands as one of eight people in the crowd which included the so-called girlfriends of the bad band (at least one of them was pregnant and another looked like a 50-year old biker chick), who both hit me up for blow ($50 worth in a swap for $20 and a "shit-load of methadone that could kill a dog"). 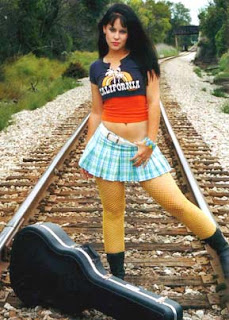 Right after college, I moved back to NYC, and my circle of work friends from the museum were in a couple of bands. Pretty-dam good ones like Slab, Any 4, and Hot N' Hazy. Not to mention a couple of jazz groups with names and rotating band members that changed every other week. They gigged all over the East Village and the occasional club in Chinatown. But along the way, I sat through dozens and dozens of bad bands with horrible names like Cattle Twinkie, Loopy Muppet, and Zerg Stegasaurus and fronted by neophytes who hadn't been in New York for more than a few months and were trying to hit it big with their knock-off versions of Green Day or Talking Heads or Megadeath. Sure, some of them had better stage presence and schtick than others, but they all flat out sucked. No energy. No riots started. No faces melted. No orgasmic explosions. Just a steaming pile of turd on stage. Not all the practice in the world, or wearing snazzy outfits with drag-queen smeared makeup was going to make those bad bands sound any better.

The reality of the industry is harsh. If you can't sell records, you better be able to play live to earn some bread. And if you can't do both... you're totally fucked and need to give up and get a real job, or go find a new band, or spend some more time practicing. You have to be decent enough to draw good crowds otherwise venues and bars are not going to hire you, or you have to be mainstream-sounding enough to get a shot at recording something for the machine so they can make money. At the same time... being a bar band is not the end of the world. In fact it's what a lot of musicians strive to be after taking a shot and missing, because at least bar bands get free tabs and gigs. Sure it's lots of covers and lots of talkers, but you get to play in front of crowd and before/after any gig there's the opportunity to score some cheap thrills, cheap booze, cheap drugs and cheap sex. 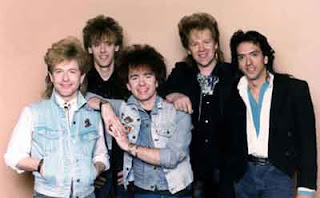 During college we wanted to hire a band for a fraternity party, but all the local bands we liked were booked up or cost too much, so the social director hired a really really really bad band for next to no money (we used the surplus on booze). They had some really tragic name like Ten Below Zero, or Zero Below, or Alaska Station Zero, or something like that. They looked like a bunch of burned out heavy metal guys driving in a beat-up van who got stuck playing classic rock covers on college campuses.

After the sound check and during the pre-party, the drummer all dressed in black (black Chuck Taylors, black skinny jeans, black t-shirt) shot up in the bathroom stall. Riding the H train was pretty shocking, even for most of us college kids. Sure, we smoked a lot of dope and ate mushrooms once in a while, but the hardest shit we touched was drinking Jim Beam out of the bottle. We also got the lead singer stoned off a three-foot bong and he got so schwilly that he almost knocked it over and acted like a total jerkoff trying to pick up sweet girls from one of the southern sororities. He looked like a bloated Sammy Hagar wanna-be with stingy blonde hair that smelled like a wet dog. He bragged about all the coke he and his boys did back in LA in the 80s when his former band Nuclear Laceration was huge and had videos on MTV. He destroyed his nostrils so he had to shoot cocaine and made sure we understood the difference between snorting and shooting.

Why he was playing a random party for $280 with a bunch of long-haired junkies could be a great episode of Intervention someday. One moment, you're at the top of the world and getting rimjobs from silicone-stuffed starlets in the dressing room at the Viper Room, the next you're playing Light My Fire in the basement of a dilapidated mansion on frat row somewhere in a Atlanta for a couple hundred beer-guzzling, Jaegermeister-drenched college kids. Hey, it's not the Sunset Strip and his drummer is strung out, but at least he's working and scored some free weed, right?
by Pauly at 2/20/2013 04:20:00 AM