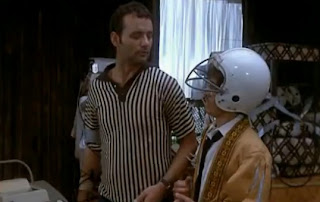 The morning after can be utter misery, or just another day in the life. I'm from the school of thought that every day is the dawn of a new day and that every new day is a chance to start over. Page 1. First step. Insert your own platitude here _____.

Thousands of years ago at a time when consumerism or an industrial society sounded more like a dystopian future than dealing with roving collectives and marauding tribes, the elder tribesmen made sure everyone heeded the omnipotent powers of the sun god. Religious mystics followed the sun, the moon, and the stars closely. They insisted that humans pay the proper homage to the sun. Sometimes every day, sometimes once a month, sometimes just on the solstices. The bottom line is that without the sun, there would be no life, but only the void of darkness. The symbiotic relationship between humans and the sun is sacred. There are insomniacs in some cultures who cannot sleep at night because they are worried that they'll go to bed one night and the sun just won't come up the next day.

But that hasn't happened. Yet. The sun still burns. The sun still shines. The Southern California sun still pierces my bedroom every morning roughly the same time. If I'm not up before that moment, then I'm tortured by the blinding white heat. It's worse when you're hungover, or some sort of other hangover lingers and you're forced to start the day with a minor physical ailment while struggling to see.

Eventually the vision comes into focus and you have about ninety seconds of memory readjustment, which is something like a scene out of Christopher Nolan's Memento. But instead of Polaroids with cryptic life-saving messages, you have to wander around the apartment and figure out what the hell happened the night before. Seeing a few things joggles the memory. Like the empty glasses. And the empty pie tin.

The real answer is "sort of." I ate two-thirds of the pie on Super Bowl Sunday, but it was spread out over 16-18 hours of partying and self-loathing. I vaguely recalled eating the rest of the pie somwhere after Shoshana freaked out about the butt plug on Girls and before watching the first two episodes of House of Cards.

I stumbled into the kitchen to see the remnants of a night of drinking. Blood orange slices. Two bottles of rum sitting on the counter. Leftover pineapple juice. Dirty mixing cups. Pint glasses. Collins glasses. At least nothing was broken.

When I lived in San Francisco we had a weekly poker night and I'd wake up late on Tuesdays and inspect the wild scene in the kitchen to see how crazy things had gotten the night before. The messier the kitchen, the more bitchin' the party. Bottles everywhere. Beer. Wine. Whiskey. All empties. At least, that's how I gauged things. You also can figure out how hard people raged the night before wen you look on the floor for "ground scores" to see if anyone left any extra baggie, or pill bottles, or even a half-full flask of some unidentified brown liquid.

For the most part, our kitchen was relatively clean considering it was the day of the Super Bowl. Somehow (and thankfully), Nicky cleaned up along the way. She had been on a major cooking binge all weekend and was diligent about cleaning up so she wouldn't be overwhelmed on Monday morning. Smart move. The kitchen actually looked somewhat nice. In the past during big games, I've turned the kitchen into a disaster area while making batches of highly-addictive rum punch. But somehow we managed to keep it off the radar list of the EPA.

Come to think of it... I woke up and wasn't that hungover. I was mildly irritated, but that's par for the course every morning. The fact that I did not go too crazy (especially considering I lost money betting on San Francisco) is a good thing considering how much work I have on my plate this week and how much other stuff I wanted to do in the spare time (the DVR is loaded up, I have dozens of games to watch in my NBA Season Pass archives, the Netflix queue is packed with documentaries, and I have a stack of books five feet high that are itching to be read). Subconsciously, I had told myself to take it easy and not get super drunk and faded.

Then again, I opened up my laptop this morning to discover I spewed 2K words on the blackout at the Super Bowl but chose not to publish it for a reason (a reason which eludes me at the moment, but I'm sure I thought it was unfinished and/or outright sucked -- either I was still a little too bitter, or probably a little punchy from the rum -- otherwise I would have hit the orange PUBLISH button). I'm glad I didn't publish it because most of it is just awful. But I'll salvage 10-15% of that draft to use as a launching point... if I get around to it later today.... I have to write about hockey and I have a short story that needs attention. Yeah, a Super Bowl post is on my ever-expanding To Do List for the week, which I should be able to get to sooner than later because I woke up on the day after the Super Bowl somewhat refreshed all things considered.

It was a very long football season. I went balls to the wall this season. I'm very fortunate to have a wonderful girlfriend who put up with my weirdness. Nicky puts up with me every Sunday (and Monday and Thursday) during the 17-week football season and the extended playoff-run a month after during five months of me screaming at the TV at odd hours and she wakes up on Sunday mornings with the entire furniture re-arranged in the living room to accommodate a "grind station" or gambler's paradise with multiple laptops open to different games and watching the offshore lines move up and down and sideways.

Nicky was also cool about the Super Bowl festivities. How cool? She cooked all weekend. First up was a batch of her infamous turkey chilli on Saturday and then Sunday we feasted on a special recipe of German meatballs. I gotta say, I thought it was weird when she offered to make several years ago... mainly because I was reluctant to have a non-Italian-style meatball sandwich. But she won me over with German-style meatball heroes. At this point, I cannot think of the Super Bowl without it... so much so that I felt a little weird last year in San Francisco because Nicky did not cook them. The tradition was put on hiatus for 2012, but it happily returned in 2013. And yes, the German meatballs were the highlight of the night. Hate to say it... but after losing a bunch of money, the only consolation was a kick-ass meatball sandwich.

And of course, the cherry pie that I devoured. I don't recall much about consuming the pie. I assumed that was in the "foggy and groggy" moments from Sunday evening after the game. One of the benefits of living on the West Coast for football season is the earlier start of all the games from the 1pm games that kickoff at 10am, to the night primetime Monday night games at 9pm that kickoff at 6pm PT. No matter what, I feel as though I don't waste my entire night with football when I'm on the West Coast and have a few hours left over to enjoy Sunday night programming with my girlfriend. However, on the East Coast by the time that late game is over, it's way past Midnight.

The Super Bowl viewing on the Left Coast is awesome because it kicks off at 3:30pm PT and it ends at a reasonable hour. The earlier 3:30pm PT kickoff was why I didn't get as hammered as I could have. I poured the first drink around noon and although I've had my fair share of adult beverages in the morning hours... it just didn't feel right to start pounding at noon because... 1) I was not 20 years old and living in my fraternity house when it was acceptable to crack open a warm Natty Light before I went to the toilet to drain the lizard for my morning piss, or 2) living in a casino/hotel in Vegas and stepping onto the casino floor at 8am only to see fat rolls hanging off a whiskey tango chick sitting at a I Dream of Jeannie slot machine and huffing down on cigarettes and slurping back a 48 oz. Bud Lime.... which of course entices me to what to rush up to the first bar and order a double of anything just to get the image out of my brain, or 3) visiting New Orleans for some sort of major party situation (Mardi Gras, Jazz Fest, Super Bowl), which if the case means staying up all night ripping lines in the bathroom at the Maple Leaf with one of the trombone players from Uncle Satchmo's Brass Band before heading out to walk through the morning dew of post-party-apocalypse New Orleans

I didn't drink away the misery after the Niners lost and Ravens players were making snow angels in the confetti during the post-game celebration at the Superdome. Instead, I spent a while researching this week's slate of NBA and college basketball games. March Madness is just around the corner.
by Pauly at 2/04/2013 05:55:00 AM