Here are my thoughts on this week's episode and season finale of Girls: "Together"...

The Hannah Virus is corroding your insides like battery acid. You've been infected with a fatal dose which is slowly turning you into a demented serial killer.

You're lucky the NYPD transit cops did not taser your goofy ass on the platform of the G train for running shirtless through the NYC subway system. That's the kind of shit that will get you locked up at Gitmo with the other Jihadists. If the cops knew you were rushing off to sweep Hannah off her feet and solve all of her woes, then they would have done you and everyone else in the five boroughs favor by incarcerating your psychotic ass. The Hannah Virus manifested into severe mental imbalance issues, which makes you thrive on perverted sex and fits of rage.

Anyone who runs shirtless after an emotionally immature Hannah is fucked in the head. Did your mom drop you a lot as a kid? Did she smoke crack when she was pregnant with you? Did you eat lead paint chips as a child? Have you been snorting bath salts? That's the only way I can explain why you've been acting so fucking weird and deranged. Bath salts are evil, bro. Stop inhaling those designer drugs and stop hanging out with Hannah. The combo of bath salts and Hannah is like shooting off Roman candles in front of a dynamite factory with pound of C4 strapped to your nutsack.

You're fucked. In six months the NYPD will be photographing your apartment as part of their investigation into a string of serial killings in which the suspect tortured their victims by shoving Q-tips into their ears before bludgeoning them to death with a Tiffany's lamp and then dumping the carcasses into the Gowanus Canal.

You need a priest to help perform an exorcism that will finally help rid you of that demonic possession known as Hannah. Then you need a Native American shaman to assist you with retrieving soul through a spiritual cleansing, and then you can an added layer of psychic protection from the warriors of the ghost world.

Ignorance is bliss. Or something like that. All you ever wanted was money. Greenback. Cheddar. Moolah. Loot. Cashola. Holla for a dolla.

You didn't think Charlie was good enough initially, so you let go of him re-flushing him like a floater than won't go down the drain. You thought you found a new boyfriend who was going to be a rich and famous artist, but instead you got a deplorable Damien Hirst clone who ravished you with the spare parts of baby dolls. 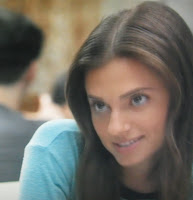 But that's all in the past and you re-snagged Charlie. Back to normal, right? Instead of taking things slow, you got intoxicated on your own freshly fucked glow and forced yourself onto Charlie while making a childish scene at Roberta's in front of other hungover hipsters feeling uncomfortable while sipping bottomless mimosas during brunch.

What the hell is wrong with you? Why are you compelled to ruin all the nice, chill moments by forcing labels and boundaries on everything? Keep smothering Charlie and you'll suffocate him and you're relationship.

Even after you ruined brunch, that pussy Charlie has no balls whatsoever and still gave in and took you back. Never fear! Your redonkulously rich boyfriend Charlie will buy you happiness and the perfectly manicured lifestyle that you always wanted so you can post thinly-veiled brags about your awesomeness to your faux-Facebook friends, plus anything remotely involving normalcy will make Hannah insanely jealous and trigger another bout of OCD and a trip to the ER.

I can't figure out... who is a worst gold digger... you or Shoshanna? At least Sho is up front about it. You try to disguise it as "true love" when the only true love you have is your burning desire for the almighty dollar.

Your mini-existential crisis has been averted, but one day you'll wake up in a large and wonderful house surrounded by expensive, yet quaint things like Ralph Lauren curtains and a plush couch from Restoration Hardware and an entire kitchen furnished by Williams and Sonoma, and yet you'll feel hopelessly vacant and empty because you'll realize that you accomplished absolutely nothing in life, except sponge off the hard work, innovation, and creativity of others (mainly Charlie). Yeah, you can't hide from the sober truth that you'll always be totally worthless. That hollow feeling gnawing away at your insides? It will never go away. You can try to dull it with Bellinis or happy pills or online shopping, but that insipid emptiness will haunt you for eternity.

Someday you'll drown in your own shallowness. Better start learning how to swim.

You blew your chance with trying to bed a vulnerable Marnie, but that will never happen because she re-hooked dumbfuck Charlie. Now, you're precious little buttercup Shoshanna finally woke up, wised up and tossed your loser, grumpy, hater ass to the curb where you belong with yesterday's trash and two-week old Chinese food cartons.

While your stuck moping around and sneering at hipster doofuses paying $9 for coffee, Sho is finding herself in a spiritual "renaissance" that entails a lot of pillow biting while she's getting plowed by Scandi pretty boys and every other doorman north of 34th street.

Go back to grad school and go deeper into debt for a meaningless piece of paper. Hide amongst a bunch of other snooty, self-gratifying intellectuals afraid to live life in the real world. It's much better than managing a coffee joint for Colin Fucking Quinn.

P.S. Suck it up and ask Charlie for a job as organic lemon squeezer.

Time to hop up on Santa's lap and tell him who's been naughty and who's been nice. We know you've had impure thoughts about Scandi boys with perfectly messy blonde hair and ethnic-looking doormen. Tell Santa... how many times did you play hide the salami with strangers this week? 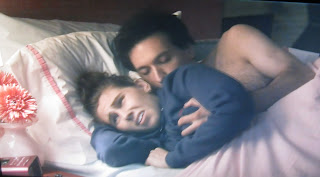 What's up with the eurotrash you picked up at that club? I know you want a sugar daddy, but all the Scandis I know are poker players who have a couple of million in the bank now, but they'll go busto in a few months. Those Scandis are "all or none" personalities. One week and showering you with croissant-like purses and taking you to dine out at lavish, uber-hip sushi joints, then the next they fled the country after they donked off their entire bankroll playing online poker against Isildur.

You dumped Ray because he doesn't like puppies, rainbows, ribbons and pretty much everything except Andy Kaufman, Colin Quinn, and Latin studies. You don't like black souls? Or you don't like broke guys with black souls? Let's be honest... net worth, credit scores, and web traffic trumps black souls.

I can't tell who is a worse gold digger... you or Marnie?

Also, it's borderline psychotic that you let Ray have spoon sex with you while you wear a hoodie and think how he's a sad monkey humping you while Taylor Swift plays the soundtrack in your head.

You need a good spanking. I know someone who will do it... for a cheap price too.

Yours in the bun,
Pauly

You re-hooked yourself a gold digger. What makes it even worse, is that she's a Grade A clinger. She'll never leave you... ever. Even if you try to ditch her. Shell stalk you to the farthest ends of the universe.

I feel bad for you. Kiss your cash goodbye. Marnie is going to pull a classic Kardashian move and bleed you dry by running up a ginormous tab decorating your apartment with overpriced, gaudy decorative arts and pursue a singing career that will go nowhere. You know this was just part of an evil master plan devised by Ray who purposely tricked Marnie into wanting to follow her dreams as a singer, knowing that you two would get back together and eventually go bankrupt trying to help Marnie make it big.

You're fucked. Marnie has her gold-digging hooks in you and you're thisclose to getting your balls snipped off forever! You could have banged Sho at your party. You should have tapped Sho's ass at your party. Sho gets off on MAUs. I heard Sho goes bonkers in bed when you yank her hair bun during doggie-style. Posting gifs of banging Sho (on the desk in your office) on your Tumblr page would have infuriated Ray to no end and pissed of Marnie even moreso. Marnie is such a gold-dgger that she would take you back no matter what, so you blew a shot at giving Sho the ride of her life on the C-Train.

Your best bet? Transfer all your money to an off-shore account (split it up between Cyprus and somewhere in the Caribbean like Curacao) and then fake your own death. Go live in some remote part of the world on a beach somewhere and trade bitcoins and start a gold hedge fund in Hong Kong.

P.S. Get a pre-nup. If Marnie bitches about it, then you know she's just after your money, so dump her on the spot.

You got an advance up front and never delivered a single page of a second draft? Figures. Totally expected behavior from a vapid, unprofessional lazy poseur. 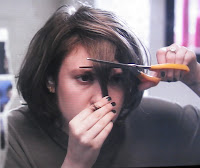 I hope you get sued, which will cause a ton of OCD self-destructive behavior and panic attacks thinking about having to deal with lawyer thugs. I assume you'll get blackballed and added to a "do not hire list" where you'll be forced to write bullshit freebie articles for Huff Po just to raise your profile before someone from a fourth-rate gossip fashion rag (and wanna-be XO Jane) hires you to write a watered-down knockoff of a Cat Marnell meth-induced rambling column, but that karma bites you in the ass and they decide to stiff you for like six months of back pay and a few grand in expenses that you incurred researching Adderall addiction among models and smoking PCP with skater squatter kids.

You're so dark than even an ex-junkie wouldn't even touch you, and this is a guy who's standards were so low that he regularly shot up drugs smuggled into the country hidden up someone's asshole.

None of that matters. You got your boy toy Adam back. As long as you have someone special, you can ignore your friends, family, and obligations to finish your fucking e-book!

I hope Adam starts drinking Jack and Ginger regularly and then starts posting Vine vids of your facials.

Yours in Christ,
P

Move as far away as possible. Like Siberia, or Jersey City. You're already been affected by the Hannah Virus. And now you're so ill that you're cutting her hair. If you're gonna stay involved in Hannah's universe, then start shooting junk again. 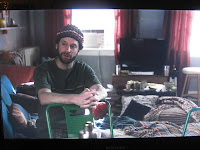 If I was Hannah's neighbor I'd be as wasted as possible and crocked to the tits on heroin all the time if I had to deal with all of her psycho-dramas, like trimming the back of her head after an impulsive haircut or watching her pass out after whining about cleaning up broken glass after getting intoxicated on an a combination of cool whip, Xannie bars, and a self-hatred smoothie.

Where art thou? Please send pics of your new vag ring immediately.