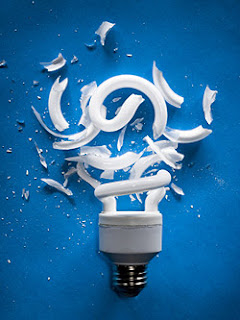 Sometimes you wake up and know right away if you're going to have a good or bad day.

I fell asleep around sunrise. I had a rough time sleeping the last week especially. I think it has a lot to do with the fact I watched more "TV news" in the previous week than I had done all last year. I was captivated by the Boston Bombing and somewhat paralyzed because I could not get any real work done.

Nicky had to get up early for work, so I didn't crawl into bed until I was ready for sleep around sunrise. I passed out for a couple of hours and woke up around 8am because I heard the first leaf blower. My neighbors hired gardeners to make their lawns look pristine. Image is everything in the Slums of Beverly Hills. Most of those guys are paid peanuts while the landscaping company rakes in big bucks. In order to turn a max profit they force their workers to fire-up loud machinery early in the morning. Normally when the machines go off, I'm in my office writing or researching or reading and I get irked that they are disturbing the peace. This instance, I was in bed when I heard the annoying motor from the leaf blower next door.

I got out of bed. Foggy and groggy. I took a long piss and heard more annoying sounds -- upstairs neighbor blow drying her hair and the leaf blowers. I walked into the living room and promptly knocked over a lamp. It was one of those cheap Ikea lamps in which you assemble yourself. Flimsy. The energy-saving bulb crashed onto the hardwood floor and shattered in a million pieces. Shards everywhere. Everywhere. Fuck me.

Nicky was about to head out the door and go to work. I told her I'd clean it up and trudged to the closet to get a broom to sweep up the broken light bulb. The lamp was broken and I'd have to buy a new piece of shitty lamp from Ikea and wasted four hours trying to figure out what the fuck I want. The shelf life on Ikea products are usually under 24 months, so I should be grateful this lamp lasted twice as long.

After sweeping up the glass, I was up for good and would not be able to fall back asleep. especially because I was blitzed with a memory of something I once read that suggested the new energy-saving bulbs used mercury. Was that just conspiracy fodder, or a legit claim? I was too tired to look it up.

Just when I thought things couldn't get worse... my Blackberry went on the fritz. Sometimes it glitches up. Sometimes my friends joked I'm getting spied on by the government or I'm getting directions from the Mothership. The reality is not as sexy. I run the fucker into the ground because I use it more than I should. Once the Boston Bomber got caught, I put my CrackBerry aside and turned it off for most of the weekend. It was very productive! When this week started, I kept a safe difference between me and my mobile device. The less time I spend on it, the more time I will not waste time dicking around.

Alas, I woke up and the phone wasn't working. My emails did not come through. I changed the battery and waited for it to reboot. That's when I tried to remember the phone number from my last landline. I only recalled the prefix. It's been nine years since I last had a land line and it's been almost 11 years since I got m original mobile number. Yeah, I'm one of the last lucky few from NYC to have gotten a 917 area code.

I showered and changed and walked down the street with the intentions of grabbing breakfast at the diner. I got about three or four houses down and that's when the sprinklers turned on via a timer. Four little black nubs shot up out of the ground and drenched the sidewalk. More water was going on the pavement than on the grass. My jeans wee soaked.

Another bad beat and I had not even walked half a block. I guess things couldn't get any worse, right?

As soon as I sat down at the coffeeshop, I glanced at my phone which had properly re-booted. I was swarmed with a shitload of emails and text messages. I read the bad news first. Russell Westbrook blew out his knee and he's done for the year because he needs surgery. Westbrook played for Oklahoma City and they were the only team that could potentially beat the Miami Heat. The only big bet I had made for the NBA playoffs was a futures wager on OKC Thunder to win the NBA championship this year. They lost to Miami last year (4-1 in the NBA Finals) but I thought this was the year they upset Miami. In addition to the wager I made before the season began, I doubled down when the regular season ended last week. two bets on OKC to win it all. Looks like those bets are dead in the water. Unless Kevin Durant can score 70 points every night, I doubt OKC will even return to the Finals.

I returned to the apartment after breakfast. My big bets were toast. My jeans were still wet. And I needed a new Ikea lamp. All things considered, it wasn't as bad as I thought. Sure, no one likes to sweep up glass while completely groggy and no one wants to get drenched by sprinklers and no one wants to see a premier athlete go down with an injury. Yeah, the day started off rough, but if that's the worst thing that happens today, then I'll be a very lucky person.

With that said, the Jets are a couple of hours away from making their second round draft pick. I really hope they make the right choice and don't go after Manti Teo. Then again, I'll really feel sorry for  Geno Smith or Ryan Nassib if they get drafted by the Jets Circus. I thought I was having a bad day, shit, dealing with Ikea is peanuts compared to your life being ruined by getting drafted by the LOL-Fucking-Jets.
by Pauly at 4/26/2013 06:15:00 PM