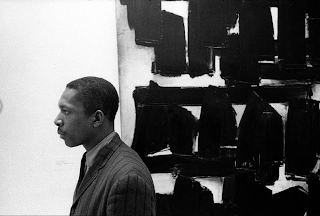 The winds arrived. The Native Americans absorbed the winds as messages from the spirits and nature gods. If you don't know how to decipher those warnings and tips, then you were doomed to struggle during the tumultuous times ahead.

Charles Peirce once used a razor metaphor to describe the harsh winter winds of Minnesota. It's still SoCal in the mid 60s, so even the most intense winds didn't drop the temperature by more than a few degrees. These winds were nothing close to a frigid torment of winter when dealing with your skin. Your nose and eyes were an entirely different battle. If you had any allergies, you were screwed. Even if you wore goggles and plugged your nose, drank Allegra smoothies, and injected Zyrtec into your bloodstream, you still couldn't avoid getting attacked.

The winds facilitated a pollen invasion. But once you got hit, you had a shitty day and bounced back the next day as the winds still whipped against the palm trees on the street.

These winds blow in from the ocean. Its origins thousands of miles away into the heart of the Pacific. That's where the spirits exhale from and the winds whip all the way to the California coast and scatter into Death Valley.

On a good day, the winds blow away all the toxicity of Tinsel Town. It blows out all the trapped pollution and smog and whatever chemtrails were leftover floating above the skies of SoCal.

Sometimes the winds arrive just in time to blow away the lingering stench of the past that you can't quite shake. I thought the lord had taken away the gift had had given me, but after the winds slapped me in the face as a harsh, yet tough-love reminder that it was always there but my vision had gotten so bad I couldn't see it had never left.


* *
My girlfriend teases me whenever I'm watching a jazz documentary (which is like every other night).

"And then... he got addicted to heroin."

She thinks every jazz musician is a junkie and at one point had their career was derailed by heroin abuse and $80-a-day habits. Most of the time I have to correct her with statements like... "Monk? Not a junkie. The cat was straight up crazy and floating around Pluto most of the time, but Monk wasn't a junkie, just weird."

We're all addicts in some way or another. Most of all, we're addicted to the status quo. It's the comfort of familairity and routine that makes the every day drudgery somewhat palatable. Shaking things up can send you into a fit, like a scene from Rain Man.

Daily life is a series of routines. The excitement (either anchored by wretched anxiety or curious enthusiasm) is within those moments you deviate from the path of familiarity. The largest shitstorms of stress happen when we have to deal with obstacles in our path or make choices that take us out of our comfort zone. Someday you'll realize it was silly to waste all that useless energy on worrying about those choices you thought were life altering because you had less to say in the matter than you foolishly thought.

It's when we break out of these mundane routines, dreaded responsibilities, and pointless tasks when we feel "alive" for the first time in ages. Alive again. But in order to be re-born, you would had to have died... and returned to the void before you get spit back out and reborn. From light to dark and back to light again.

Choice is an illusion, like a cheap magic trick you see from a Vegas street urchin. Life dumps you off at a used car lot where you get duped by a series of elaborate bait and switches and instead of leaving with a brand new car in your favorite color, you're sputtering away in a lemon with bald tires, and feeling so damn lucky to be driving such a piece of shit.

Sometime you can work hard and outrun variance to end up on the the plush end of Easy Street, but by the time you get there, you're so numb from busting our back and running the rat race that you can't sit back and enjoy the entire ride.

The bigger picture choices have been made for you. You can only control what you control... which is how you handle the mind fuck of knowing you're being funneled into an existentialist meatgrinder of gross over-consumption, planned obsolescence, and cognitive dissonance. Yeah, resistance is futile, so why freak out about the ride when we have not choice where it goes, so just sit back and enjoy the ride instead of whining about it?
by Pauly at 4/16/2013 11:37:00 PM