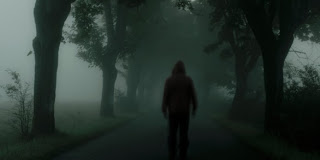 She was 43 years old when she first contacted me. I worked at a small-time newspaper in Bellingham. The editor printed my phone number at the end of my column. That's how she got my number.

The way she said it made it sound like she was pleading for her life.

"You know the Horseshoe? It's a coffeeshop around the corner from the newspaper."

She picked a random McDonald's twenty or so miles outside of Bellingham. I met her around 9pm. With the exception of a trio of high schoolers stoner kids goofing off in the corner, we were the only ones inside.

She looked like one of those anti-drug ads for meth heads and they show a before/after picture of a once beautiful woman who was afflicted by drug abuse. Well, she looked like the after photo. Worn down. Gaunt. Thick, perpetual dark circles around both her eyes. Long, stringy hair. She reeked of cigarettes and the faint aroma of wine. She drank McD's industrial black coffee with several sugars. She eyed a couple of shriveled up fries on my tray. It wasn't like the same goofy look your dog gave you when he wanted your food scraps. She was locked in on the fries to avoid eye contact with me.

"I told this story to different people," she said. "No one wanted to help me. No one in my family  believed me. My friends stopped talking to me because they thought I was crazy. My husband insisted I see a shrink or he'd leave me. The drugs didn't work. Made me crazier. I kept seeing more shadow people. It was only worse. The doctor and my husband were conspiring to keep me drugged up. Whatever the doctor gave me was too strong. I begged him to lower the dosage. He wouldn't. I stopped taking the meds and left. That was last summer."

Her accent was British, but she said she lived in Canada for most of her adult life before getting married and moving to Seattle. After she left her husband, she lived in a cabin outside of Bellingham.

"It's been frustrating. I didn't think anyone could help me until I read your article."

A few months earlier, the town was buzzing due to a UFO sighting. Several witnesses including a deputy's wife had posted videos on YouTube. UFO sightings were common in the Pacific Northwest.  Belligham PD fielded a dozen or so every year. The locals chalked it up to secret test craft from Boeing's mad scientists or some black ops military project. Both Boeing and the Air Force denied any involvement in the UFO incident. I didn't think anything of the story. It was one of 14 articles I filed that week. When she initially read it, she jotted down my phone number but she waited two months to finally call me.

Sometimes when you interview someone, you're not a reporter and more like a dentist and you're pulling teeth and it's a painful process in order to extract any pertinent information. Other times you can't get the person to shut up and they ramble on and on and on and they think they're providing you with tons of juicy intel, but the downside is that most of it is hot air. Every once in a while, you hit the jackpot and come across someone in which everything they say is valuable. Out first meeting at McD's was just that. She asked that I do not record her and even asked to see my pockets to make sure I was not hiding any devices. She was uncomfortable when I started taking notes with pen and pad. I apologized and listened, nut took mental notes.

She was obviously distressed and needed help. I sat and focused on every word and every sentence. I was doing everything possible to divulge the truth and watched her body movement attentively, almost like a poker player, trying to gauge any hidden emotions. She was telling me two stories. One with words and another with her non-verbal communication. She could twist the truth with words, but it was harder to hide her body language. Her hands tensed up when she spoke about the sleepless nights. She tapped her nails on the table in successions of threes whenever she shared details on her constantly being followed. A vein on the left side of her neck bulged when she spoke about detectives unwilling to assist her.

Sometimes hurt people just want someone to talk to. But she didn't want someone to just listen. She wanted someone who could help her. I couldn't tell if I should be contacting a Native American shaman, a Hollywood script writer, or a local shrink.
by Pauly at 4/21/2013 11:11:00 PM