Super Moon, Alley Wankers, and Keep the Loonies on the Path 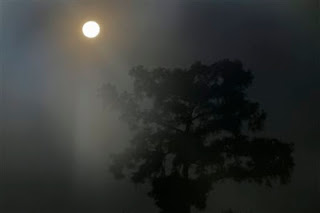 Super moon. Super freaky moon. The freaks were out in numbers. Roaming. Being freaks. Driven mad by the lunar cycle. Losing their minds. Zombies. Prowling. Swimming in insanity.

Like that Pink Floyd song. Got to keep the loonies on the path.

This moon business isn't hype or recycled urban legends or old wives tales. Cops and ER nurses can attest to the fact that shit always goes extra crazy during a full moon. My friends who work in casinos tell me that the crowds are extra insane during full moons. Gamblers slid deeper into the abyss more than normal. Some people howl at the moon. Some people lose their shirts shooting dice. Some people eat bath salts and stumble into my alley.

People are deranged. The Super Moon sets them off.

The Super Moon is just like a regular moon yet it appear slightly bigger, Maybe it's an optical illusion? Maybe the aliens are fucking with us? But you can't deny the fact that the levels of insanity are cranked up to its highest levels on the night of full moon. It's like those amps got waaaay past "11". The freaks come out at night.

After Midnight is the demarcation line. The sane souls have to lock their doors and hide from the batshit crazy undead while they roam the streets and alleys until sunrise.

I closed the window in my office. Normally I appreciate the late night breeze, especially when I'm tired but still writing because it keeps me awake. One of my neighbors was snoring. Loudly. He had his window wide open and his snoring echoed through the alley. Holy shit it was loud, and he wasn't even next door. I shut the window and I could still hear his thunderous snoring.

I have a baseball bat. I haven't played baseball since college. I have it for other reasons. I almost put it away in a closet because I was pre-cleaning for the maid. But I left it out. Just in case. Hate to need one and not have it, ya know?

I heard ruckus in the alley. It happens especially in the hour before sunrise. Times are tough and dumpster divers have been showing up earlier and earlier in order to get first crack at empty bottles, cans, and other recyclables. But this was not your typical homeless person quickly going through the bins. This person was screaming at the top of his lungs. Didn't even sound like English or any language. Lots of guttural sounds. Grunts. Then I heard a name. Sounded like "Shelia" but I wasn't sure. After the fortieth time he shouted it, it was pretty obvious. He was looking for someone named Shelia and he thought she lived in our building. He was screaming and running around in circles in the alley. Nicky woke up totally scared. I had been clutching the bat for a few minutes and sized up the lunatic.

"Should we call the cops?"

Nicky saw me with the baseball bat in my hand. She knew that if he tried to break in by going through a window, I was ready to fucking crack his skull.

He looked fucked up. Like really fucked up. Seventy miles passed drunk. More like tweaking hard on Meth, or probably bath salts. Sheesh. No way I was going to try to fight a psycho on bath salts. It was best to remain quiet and wait it out. Calling the cops was useless, unless he broke a window and tried to break in (more so to get proof someone else did it, otherwise our cheap landlord would make us pay for it). Besides, by the time a squad car rolled up, the lunatic would be long gone and then we look like morons calling the cops for no reason. Then again, perhaps my neighbors were annoyed or freaked out and they had already called the cops?

If we lived one block north, we'd be in Beverly Hills and the cops would have already tasered this motherfucker and he'd shit and piss himself and be withering in pain after getting a gajillion volts pumped through his body. But we don't live in Beverly Hills. We're still in Los Angeles.

Good luck getting the understaffed LAPD to come out and wrangle a drunk. We were on our own.

It's like a bad scene from a Larry David episode or something Johnny Drama would bitch about in Entourage.

The lunatic in the alley was lucky I was not a trigger happy gunfreak who couldn't wait to unload my Mossberg. As one gun enthusiast friend explained about the benefits of a shotgun in an urban environment, "You don't have to be a good shot. You see the flash of light and know you've sprayed the target."

The guy ran around in circles for a few minutes. Screaming. At one point he went into the corner and pulled out his lizard and started wanking it... unsuccessfully. With his limp lizard flapping around he screamed "Sheeeeeeeeeeeeeeeeeeeeellllllllllllliaaaaaaaaaaaaaaaaa!"

He picked a small pile of leaves and threw it against his face, like he thought it was a puddle of water and he was freshening up. When that didn't work, he finally left the alley, but he tried to access our building. He walked up stairs and got halfway before he rushed back down. They attempted to open my neighbor's door. The douchenozzle with the BMW who has his mom clean his apartment every Friday. After fiddling around for a couple of seconds, he left. For good.

I heard him yelling "Sheeeeeeeliaaaaaaaa!" But the cries grew faint, so I knew he was getting farther and father away. I told Nicky it was over. We could go back to sleep. Now she doesn't think I'm weird for buying a bat.

As long as he walked East and West and South, he's be safe. But if he ventured a couple of blocks north, then you bet your ass one of the residents of Beverly Hills would call 911. I follow @LAScanner on Twitter and the stream is filled with Beverly Hills PD responding to disturbances of the peace, especially from loud wasted lunatics, walking around trying to jerk off in alleys, while screaming "Shelia!"

That's the sort of strange shit that was the norm in San Francisco. We never had a dull night in our neighborhood. Some wasted fucker was screaming at the top of their lungs while walking down Divisidero.

Our neighbors in the Slums of Beverly Hills are loud, inconsiderate self--absorbed assholes, but we live in a somewhat quiet neighborhood all things considered. That's why that strange incident -- the only one in over seven years -- came at a surprise.