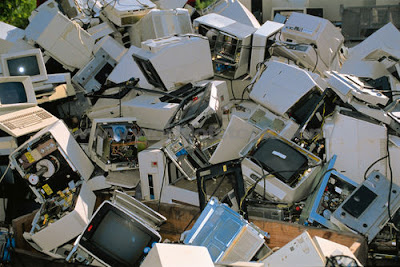 The atmosphere at the computer repair shop was subdued, but thick with worry. It reminded me of an ER waiting room minus all the junkies trying to cop some cheap dope. Everyone at the repair shop had some sort of tech issue, and whatever that issue was, it was so crippling and rehabilitating that they dropped whatever they were doing and showed up to this magical store on the second story of a strip mall. They were not seeking out the "whys" of the world. They didn't care why their laptops were broken. They just wanted a solution.

The repair shop was nestled in a strip mall near our apartment in the Slums of Beverly Hills. I never realized how close it was. Heck, I never even noticed it was there until Nicky told me about it. It's funny how you can pass a place every day of your life and never know what is really going on inside there.

Half of the commercial space was empty and the other half were businesses that I was convinced were laundering money, like three nail salons that were perpetually empty, and two acupuncture/massage joints that looked like rub and tugs. The only time I went to that strip mall was to visit a smoke shop was on the first floor, which rarely had cigarettes whenever I popped in to buy blunt wrappers or rolling papers. They sold overprices glass pipes and I think I'm the only person whoever bought one. I have never seen anyone else inside the smoke shop aside from the bored-to-the-tits, middle-aged, Middle Eastern guy in a track suit behind the counter.

The computer repair shop was located above the smoke shop. The two kids working the repair shop and they looked like they were both 15 years-old. Hate to say, but it was a cliche that an Indian kid and a Chinese kid were working the repair shop. Shouldn't they be in school? Maybe they were college kids paying their way thru UCLA by working at a computer repair shop. Just listening to them talk for a few seconds let me know that they knew their shit. Then again, the troubleshooting and other silly stuff they were doing was obviously way beneath them. It's akin to a well-trained chef who is asked to work the fry station at Burger King.

My laptop had a mouspad issue. The 50-something year old guy with the golf tan in front of me had a laptop that was crawling with multiple viruses. The cougarlicious woman two in front of me wanted to install spyware on her daughter's laptop. The 30-something guy behind me with circles under his eyes was a distraught writer and by the suicidal looks of him, I knew his Macbook crashed and he foolishly never backed up his files. His only copy of a new (vampire) script was lost in limbo.

The screenwriter with the lost script did not want to get lectured about back-ups and the merits of cloud storage. He just wanted to get his script and get the fuck out of there. I suspected his Xanax was wearing off.

I wanted to tell the suspicious woman that she really should sit down and talk to her daughter rather than spy on her. I also wanted to tell her that she really needed to monitor her cell phone and not the laptop. Kids today are chained to their mobile devices. I dunno how some of these kids wipe their ass while clutching their phone in one hand and crumpling up TP in the other, while wiping and tweeting in one swift motion.

That's when I came up with an idea... a potential business plan to bilk overprotective parents. I read an article about how one school district installed retina scans on their district school buses. You're kid gets scanned when he gets on/off bus and parents get a text message whenever they get on/off. In theory it sounds safe, but it reality it's BIG FUCKING BROTHER.

When I was a teen during the era of landlines, my mother sometimes listened into phone conversations using the other line. I am very lucky I do not have kids. I'd hate to be a parent today in today's ever-changing tech world. You'd have to wait until their kids pass out to snoop, and sneak into their bedrooms and pry phones out of their hands. Some kids are so addicted to their mobile devices that they sleep with phones under their pillows. I have done that a few times for safety/security reasons whenever I stayed in super-sketchy, tweaker-infested, no-tell motels while on Phish tour or sometimes I got put up in dodgy hotels in South America while on a work assignment.