I had a dream the other night about driving along the Pacific Coast highway. I've done that drive both alone and with someone who I was in love with once. I got a little freaked out when some ass clown was riding up my rear for a few miles of some of the more dangerous parts of the highway. It didn't help that I had pulled over twenty minutes before and got stoned to the jebus as I leaned up against a Cypress tree somewhere south of Big Sur. Back to my dream, a light drizzle was not much any trouble as I had the widows down and listening to some Charlie Parker songs from a radio station that keeps fading in and out with every curve and turn. I kept stopping every few minutes to take pictures of different things like random road kill or a few ocean shots, and that was preventing me from getting me to my intended destination. 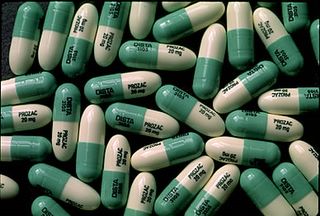 I've been having a lot of dreams about water and the ocean. I used to be heavy into dream interpretation. At one point I considered converting the Tao of Pauly into a dream blog. But I knew that was totally hit or miss... as most dreams are. Nothing is really more boring than someone telling you about a dream they had. Only the sex ones are really good and the rest are just a brain dump of your phobias, failures, and hidden secrets.

I recalled that oceans are a symbol of wisdom. A calm ocean means a feeling of comfort or tranquility. I guess all the recent good news about my writing career (like the fact I actually have one now) has really soothed a lot of inner demons that have been getting me in trouble the last few years.

There was one girl who I really liked that was superstitious. She and I would discuss our dreams for hours and hours. We'd have amazing conversations that would last until 3 and 4am. Her shortcomings? She was always habitually late. Her friends always assumed that she would be an hour late for everything. It took me a while before I figured out some weird things that she'd have to do before she left her apartment. Like she couldn't leave if the clock on her VCR was at an odd number. But she couldn't leave on a 4 because that was her unlucky number. Yeah, she was a freakazoid and I fell out of interest quickly after I discovered she was popping more prescription meds than me (and I was taking them for recreational purposes). The poor girl was fucked in the head and would dive into Elizabeth Wurtzel's melodramatic-like rants on the subway with angry black women who wanted to punch her in the face.