Here's a pic I took in Vegas last weekend: 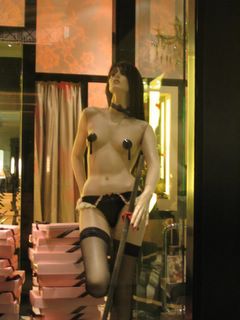 One of the many Forum Shops in Cesear's Palace

Anyway, how about a Thomas Friedman article to start things off? The title is catchy: Rice's Poker Hand. And he discusses our Secretary of State's challenge is to make the four fragile democratizations unfolding in the Middle East self-sustaining.

Did you know the origins of Day Light Savings Time? You do now. Man, did you lose an hour of sleep and didn't even notice?

As a freelancer, I felt this was worth mentioning: Settlement in Freelance Writer's Suit, where freelance writers agreed to a settlement worth as much as $18 million with publishing companies in a copyright infringement case involving work posted online.

Speaking of freelance work, I have had a couple of freelance articles published in the past week or so on three time World Champion Stu Ungar and The European Poker Tour.

The pothead news blurb of the week has to go to Stolen Car In Handicapped Space Has 265 Pounds Of Pot. Ouch. That's a lot of dope, brother!

In sports news, the baseball season kicks off tonight with the Yankees and the Red Sox. The Final Four games started yesterday with Illinois and North Carolina advancing to the finals on Monday night. Who is going to win the Pauly's Pub March Madness Pool?

Thanks to everyone who left comemnts on my good news about moving to Las Vegas in June. Thanks again for all of your support. You can read some kind comments from friends over here.
by Pauly at 4/03/2005 03:52:00 AM