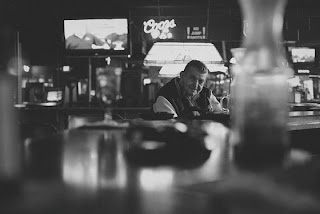 Most nights: Smoky clubs, sweat boxes, unhip people (white man's overbite) trying to be hip, culturally slumming, ready to fly but no airspace, constantly have to remind yourself that a gig is just a gig.

Every night: standing on the sidewalks between sets, sniffing the brisk but clean air, lots of sips and nips, and always keeping one eye out for the coppers and another for the delivery boy who is never on time and always an excuse to why he's indefinitely delayed and slowed down by the heavy flow of abusers.

"If the world wasn't as harsh as a trip as it is, perhaps they'd be less to escape?"

Horace always like to talk in What ifs. It almost made for interesting chatter, but rarely did you ever get a read at that cat's perspective. Sometimes you wondered if Horace was pro this or con that, but it never matter. What if's became everyday speak. But Horace was just an old junkie from South Philly, barely hanging on to his own bones.

Sometimes, out of the blue Horace was the one who spoke the truth. Truth speaker. It would always cut a long silence. His voice comforted us. His messages? Not so much. They burrowed itself underneath your skin and stayed there for days and weeks and months on end. Decades later I can still hear his soothing voice offering up quips about humanity that I could never left go.

"I'm one of those people trying to find a way to escape from constantly trying to escape."

Another Horace-ism. He had somethings right. Other things? Not so much. Junkie's wisdom can only get you so far. But he was dead on about the he daily grind, which is all about trying to escape. Making enough bread to buy something that will help you escape. A vacation. A house. A wife. A life. If you're grind is all about copping some devil's juice, then you spend your afternoons and evenings and hours in between soused at the end of a bar... somethings surrounding yourselves with intoxicated poets, or inebriated philosophers, and shitfaced know-it-alls. But most of the time, your elbow-to-elbow with other bums down on their luck. Down on their life. Down on every thing and one step from slipping away down the drain.

Tavern owners have profited off of escapism for centuries. Drug king pins in Harlem got rich selling tickets to paradise. One ticket at a time. If there's a way to avoid reality, then the herd will find away to make it so. Escapism is like trying to manipulate time. Heroin. Booze. S&M. Apple pie. Bible study. TV. All those activities are attempts to suspend linear time in a way that all everyday debilitating miseries and truckloads of emotional baggage have suddenly disappeared while you blast off into another tangential universe, or wherever you whisk off to whenever you dive into the warmth of your escape pod.

"Don't matter how you get out; it just matters that you do get out."

Sometimes your willingness to escape is so dire that you get so far out to the edge of the universe that you lose your way on the way back. That's when you're caught in a perpetual cycle of aimlessness. Constantly loss. Can't find your way home. Lost in space. 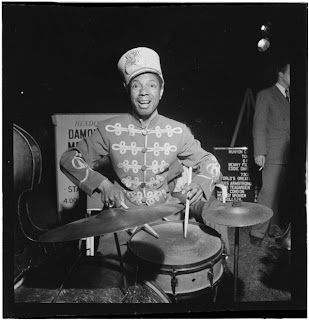 Escapism is just freezing time. That's how Hollywood and Motown bilk millions and millions and millions every single day. Escape fetishists line up to give away their money. Give those charlatans two hours of your time and 1/6th of your daily wages, and they'll try to make you forget whatever internal conflict, loneliness, melancholia, or indecision was making your head spin. The big screen tries to erase those memories temporarily. Fade to black. Flush it all down the toilet.

Cheap vodka does the same thing, but a truly reductive movie doesn't give you a nasty hangover.