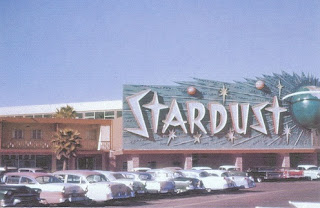 It's seventeen steps from a blackjack table to the Western Union window, the last window at the cashier. It's only seven steps from the roulette wheel to the same window. Whenever I see someone standing at that window, I know they've fallen upon hard times. Dense hard. Bedrock. Broke dick.

The blackjack advertised a $5 minimum bet. Behind the table stood a lanky, freakishly tall Icabob Crane-like dealer stood with his arms at his side. The dealer his best imitation of a bored-to-death employee who didn't a fuck about anything, let alone dealing 21 to slackjawed locals. At least Icabob was wide awake and alert. At an empty adjacent table, a considerably shorter and stockier Asian woman with a butch haircut yawned with her eyes closed. She yawned a second time and I felt sleepy. It's that copycat yawn thing that your brain sees then mimics. If I scratched my balls would she scratch herself? I tried. It didn't work. Every time I passed by her empty table she was yawning. And yawning.

2013. The winter of discontent. The bleakness of frigid Las Vegas. Although it was prime time gambling time, the pits were mostly empty. A junket of heavyset Hawaiian gamblers invaded the craps tables and baccarat section and almost dissipated in a thick soup of second hand smoke. A few locals were scattered about, but it was hard to find any other gamblers. No fresh, happy faces fresh off the plane. I stood in the middle of a locals' casino and where the fuck were the locals? You read all those stories in the business section about Las Vegas getting killed by Macau in gaming revenue but then you have other conflicting reports of a Vegas renaissance with increased revenues. I had my boots on the ground and saw with my own eyes. The slowdown continued and did not show any signs of relief.

How bad? A plethora of $5 blackjack tables. Blackjack is so cheap these days that the average trip to Starbucks cost more than a single hand of blackjack. Caffeine addicts are lined up around the corner to piss away beaucoup bucks on overpriced scalding cups of java. Starbucks' prices are hyper-inflated at their own stores so you can only imagine the prices inside casinos are on steroids. The Barry Bonds prices did not deter addicts from waiting twenty to thirty minutes to get coffee. The line wrapped along a row of sinister slot machines with a giant Panda on the screen. The redonkulous line reminded me of sullen bread lines behind the Iron Curtain in the USSR during the cold war, or like the gas lines in New Jersey during Hurricane Sandy. Everyone was restless and needing their fix. Reminded me of The Wire when all the junkies in the hood were jonesin' hard and drooling off their chapped lips, and their vacant eyes were bugging out of their heads and they couldn't stop sweating because they couldn't find an instant fix. Everyone at the Starbucks' needed a pick-me-up before they dove into the abyss... into the pits. Hungover convention people and snarling locals almost came to blows while the underpaid and overwhelmed baristas, two heavily-tatted up girls barely legal enough to be inside a casino, hustled to fill complicated orders.

Where did all the crazy Asian gamblers go? If you read the news today oh boy, you'd see the hysteria on a flu epidemic that swept America. Over the last decade, the bird flu and SARS freaked out a significant amount of the world's Asian population. Waltz through any international airport and you'll see at least one paranoid germaphobe with a SARS mask. I'm sure that at mahjong tables from Hong Kong to Canal Street, old Chinese ladies share conspiracy theories about the white man poisoning them with the bird flu. Aside from pokey superstitions, there's only one thing that would keep away degens from the Pai Gow tables... and that's a flu scare.

Open seats at the $10 Pai Gow tables? Unreal. A closer inspection revealed that each table had one or two open seats. A token woman at each table squatted on a seat. I assumed she had busted a few hands earlier and sat there until the pit boss kicked her out, or until one of her relatives was kind enough to give their auntie couple of green chips and get back in the game.

The slimy goo was on the floor of the elevator. It looked light yellow and I hoped it was just a loogey and not semen. I've seen plenty of weird shit in Vegas elevators... the worst was a human turd and the most disgusting was a soiled condom. I can't recall how many times I saw broken glass or vomit inside an elevator. I once rode one when a young girl in the tightest dress I had ever seen puked all over herself and her hipster boyfriend. They rushed out of the elevator and left the shoes behind.

One night at the our hotel, the floor smelled awful. We were used to the pungent aromas of marijuana because at any given time, there's someone toking up in a Vegas hotel room.  Instead of delicious marijuana, we were invaded by a horrendous foul stench. Initially it smelled like someone busted ass. Maybe it was a smelly diaper? Someone on our floor had brought their kids and we could hear them do wind sprints up and down the hallways at the crack of dawn. But then I thought maybe someone got so drunk that they passed out and shit themselves in the bed and was still out cold in a pool of mud. Halfway down the hall it smelled like a dead body. Like a dead body that shat themselves before dying and decomposing. Vegas is a depressing place and you'll never get an accurate number of Vegas suicides, because that's the kind of numbers that the local press and corporate-run casinos don't want the public to know that someone might have offed themselves in your bathtub. I try not to think about previous inhabitants, but there's something to be said about negative energy lingering around. I have problems sleeping in Vegas for that exact reason... the ghosts of suicide victims and overdoses haunt me during my dreams. I never sleep in Vegas. Insomnia fends off the ghosts.

Maybe someone shit themselves? Maybe someone killed themselves? Just another Saturday night in Las Vegas. Lure the weak ones to Vegas, intoxicate them with their own ego-driven benders, take their last dollar, and then hire an illegal immigrant maid to wipe up the mess in the morning.

You can easily pick out pot smokers in the parking lots. Maybe it takes one to know one, but whenever I see someone standing in the middle of nowhere, I assume they're up to no good. Maybe it's the part of me who wanted to be a detective when I was a little kid when I watched way too much TV and loved Hill Street Blues.

I spent countless hours lost in thought by looking out my hotel window and eyes scattering around the parking lot. The mountains in the background were drowning in chemtrails soup. My eyes focused on the activity in the parking lot. In between the cars. I swore I saw at least one drug deal. Then I noticed another person got dropped off and got into a car... I assumed they were too shitfaced from the night before to drive home and did the sensible thing and got a different ride. The occasional weed toker made laps and a construction worker took a nap in the back of his truck... which I dunno how he did in such frigid temperatures.

The luggage people baffled me. Or the bag people. They walked through a parking lot with one overstuffed bag or sometimes two duffel bags in each arm. They didn't look like tourists, nor did they resemble a casino employee. Where they homeless? Living in cars? Wandering from casino to casino to stay warm? Where these the denizens of the underground living in the tunnels below Las Vegas? Was it too cold in there and they couldn't take it anymore? These bag people baffled me all weekend. I spent more and more time at the window looking for more of them. Looking for signs. Any sign.

Hopelessness. Whenever I think about the saddest person in Las Vegas, that three syllable word comes to mind. There's something about the negative energy in Las Vegas that creates a vortex of hopelessness. There's several groups of people who feed off that harnessed energy. The Vegas vampires are emotional blood suckers, preying on fear and manipulating the smallest edges for their own gain. The Luxor's light is a warning beacon. Hope is destroyed for all ye whom enters.