Half of a Percent and Memories Flood Brooklyn 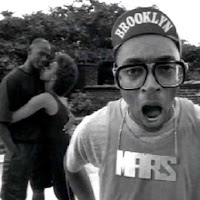 I counter-balanced a deluge of sports (four NFL Wild Card game) with a couple of documentary films: Brooklyn Boheme and Last Days Here. It's the only way I know how to keep things in balanced for me. Whenever I get bogged down too heavily in something, I feel like I'm suffocating and get antsy. I got into a not-so-healthy relationship with poker because everywhere I turned it was poker, poker, poker and I had very few places/people to hang out with to give me a proper vacation away from the grind. It got pretty nauseating for a while until I had the courage to take some time off. The small breaks became extended hiatuses which morphed into a long term sabbatical. I desperately needed that. The poker world is a fantasy world and you start to believe all those fairy tales. I also felt as though I had become artistically stagnant and creatively bankrupt. That scared the shit out of me. I rebelled and I walked away.

At least I grokked something from that harrowing experience after eight years in poker with a bit of knowledge to never let that "drowning" feeling happen again. So I'm in a phase of my life when I'm actively seeking a healthy balance of diverse passions. Hence... a weekend of football and documentaries.

There's only 11 playoff games including the Superbowl. Actually airtime on the boob tube is anywhere from 44 to 48 hours (not including overtime games). That's roughly 2 full days and out of a calendar year of 365 days, it boils down to 0.54% of the year. Yeah, less than half a percent of the year is devoted to football playoff mayhem. In the bigger picture... it's not that bad. In the short term, it certainly feels as though you're being overwhelmed by the action. It's easy if you're a diehard fan because you live for that moment. It's an exhilarating ride if you're a gambler, unless you're a bookie then you got hammered this weekend with all the favorites covering. But if you have contempt for sports... the good news is that the football playoffs will end shortly. The entire media cycle is devoted to stupider shit for much longer periods of time. You get bombarded with Kardashian shit and political rhetoric on a much more frequent basis. Politics, especially national politics and election malaise is far worse because you have people bitching and moaning incessantly about the other side without realizing that's exactly what the powers that be want... division. Political hatred is a never-ending cycle that gets ramped up every four years and turns people into childish zombies throwing tantrums. At least there's a finality to the football playoffs followed by an extended break of seven months or more.

Don't even get me started with the masses bemoaning the football playoffs and about something that lasts laess than a half a percent of the entire year, while they turn a blind eye to the constant assault on their senses by politics preaching propaganda and those evil geniuses in advertisering and marketing. Messages in the media and social media are getting drowned by a tidal wave of "brand" placement and big business hawking their wares like iPhones, cars, and fast food. All of that brand bombardment takes up a significant chunk of the year and there's no where to run or hide from it unless you turn off your TVs and ignore media and social media altogether.

The Super Bowl is the weirdest and most evil entity of them all because you have non-football fans who want to watch the commercials. Our brainwashed society can't wait to see what the next carrot that big business wants to dangle on a stick in front of us. It's absurd, yet fascinating how advertisers managed to pull off a coup for the hearts and minds of the populace who can't wait to see a new commercial, which is nothing but a sinister way to prey on your fears and insecurities in hopes of compelling you to drown away your sorrows and shortcoming by buying something they don't need to impress people they really don't like that much anyway.

Brooklyn Boheme is a documentary about the eclectic neighborhood of Fort Greene in Brooklyn, which attracted a significant amount of black and Latino artists, musicians, writers starting in the late 70s and continuing through the 80s and 90s. I had friends who lived in neighborhoods adjacent Fort Greene and I actually knew a weed dealer who called Fort Greene his home. I lived in Brooklyn during two stints in the 90s and early 00s for about three and a half years in all. Park Slope was my home at a time it had finalized its transformation into a safe haven for young families. But when I first moved in, there were definite rough edges on the fringe of the neighborhood. I always joked that I knew it was time to move out of Park Slope when a local bodega (notorious for dealing baggies of blow) had shut down and was renovated into a Baby Gap.

Much like NYC itself, Fort Greene has seen the cycles of change. Birth. Life. Demise. Death. Rebirth. Every few decades, the vibes of different neighborhoods change. Yuppies come and go. Hipsters come and go. Bohemians come and go. Families come and go. Eventually the ones who stick around and grow old eventually die off, and the banksters and developers swoop in and a few Starbucks and other arms of Big Business appear overnight and you wonder where the old mom and pop stores went.

The film made me miss Brooklyn... or I should say, the time in which I lived in Brooklyn. I moved to Brooklyn in 1995 way before cellphones and just before I acquired my first email address (which I still have on AOL and I'm keeping because eventually it will be come cool and hipster and retro in about a decade). Most of my artist friends could not afford to live in Manhattan and at the time Williamsburg started to get overrun by the first wave of hipsters (funded by rich parents) who helped drive up rents even more. Brooklyn had a gritty edge to it, yet it had a deep history and so many beautiful elements  like parks and brownstones and dive bars and ethnic restaurants where you could eat a hearty meal for a few bucks. There was a time toward the end of my Brooklyn residence when I had swallowed the Brooklyn pill and spent less and less time in Manhattan and more time hanging out in Brooklyn bars (especially on the weekends to avoid the bridge and tunnel crowd).

I'd like to return to NYC someday... but poor writers don't get the best places to live. If/when that time comes for me to relocate... I'll probably find the next up and coming neighborhood to live in so I can get the benefits of cheaper rent and still savor the edgy flavor of a neighborhood in flux. I doubt it will be in Brooklyn. I started seeing a huge renaissance occurring in my native borough of the Bronx. It would be weird to return under those circumstances, but like I said, writers don't make much money so I can only go somewhere I can afford. Currently... the most affordable place for me is in the Slums of Beverly Hills.

I stumbled upon a music documentary... Last Days Here... about the plight of a heavy metal singer who almost made it big in the 70s and spent the rest of his life struggling with internal demons -- drugs and self-loathing. I'm not a heavy metal guy but I loved the Anvil documentary, and although this doc had elements of Anvil (artistic people trying to relive old glory days), it's certainly a lot more desperate due to the crippling affects of heroin and crack. Yeah, the lead singer is a total wreck and a couple of super fans tried to reignite the old fire inside the junkie's belly. In the end, it was a tragic story about someone who took their shot at fame... and came up short.
by Pauly at 1/07/2013 10:54:00 AM