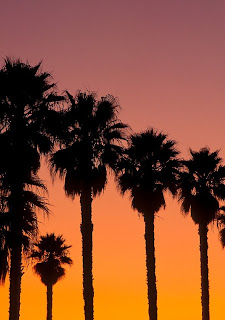 I'm that annoying, smug New Yorker living in Los Angeles. I'm the East Coast transplant hating almost everything about the Left Coast. The people. The vapidness. The plasticity. The traffic. Driving everywhere. Walking nowhere (except to where you parked your car). Avocados on everything. Ubiquitous billboards for plastic surgeons. Yeah, everything seems weird to me, and I'm a foreigner even though I've been a denizen of Los Angeles for a few years and finally became a Republic of California resident last year, thereby giving up my citizenship to the USofA.

I loathe almost everything in life anyway (especially myself) with one exception... the weather. SoCal weather is sublime. Sunshine. Everywhere. California Sunshine? Nothing like it on the planet. It's better than Florida sunshine because we have no hurricanes and fewer old people. The weather during the winter months is utterly amazing. My buddy Bob moved to SoCal from frigid Chicago and he said the greatest perk of LA was... "It's unreal that I can wear shorts in January."

I spent the last two weeks in NYC visiting family for the holidays and celebrating four Phish concerts with my hippie friends to ring in the New Year. Nicky came out for a week, but I was on my own for a week. Holy shit, I forgot how cold it was in NYC in the winter... and it wasn't even that cold. Maybe one or two days when temperatures dipped below freezing. It snowed one day when Nicky was in town and it was funny to see her bewilderment. She was born and bred in Southern California and turns on the heat in our apartment when the temps dip below 65, but she was ecstatic to see snow because it's something she doesn't experience at all living in SoCal. Sure, she lived in Chicago for a few years during college, but she hated her time in the Midwest and couldn't stand that daunting "lake effect snow."

I never thought twice about the weather in NYC when I was a kid, mainly because NYC got four full seasons and every few months the weather changed. If there's one thing I miss the most about my childhood... it's reveling in the four seasons and anticipating the turning of the next season. The four seasons is the biggest thing I missed when I relocated to warmer climates of Las Vegas or Los Angeles. I miss the excitement of running outdoors on that first beautiful day of Spring, and then the crisp air and the gradual coloring of the leaves in autumn that reminds you of a poem from Robert Frost. When it was single-digit degrees and -7 below with the windchill in January, all you had to do was think warm thoughts and know that in a few months everything would be different when spring rolled around. When it was 105 degrees in August with 98% humidity, all you had to do was think cool thoughts and Christmas carols and chestnuts roasting on an open fire...

In Los Angeles, you forget it's December until you pull into a mall and get bombarded by Christmas decorations. We bought a Christmas tree very early this year so I could enjoy a couple of weeks of waking up with that pine-fresh scent filling the apartment before I flew to NYC. That scent was the  only whiff that it was almost Christmas in SoCal because whenever I went outside, I'd see palm trees, high blue skies and tons of sunshine.Too much sunshine. No wonder everyone in SoCal is so weird. Their brains are fried by solar activity and don't have enough snow to balance out the pleasantries of Mother Nature.

I headed South to college at age 17. I lived in Atlanta for four years, only returning to frigid northeast winters during the Christmas break. I think it snowed once or twice in the four years I lived in Atlanta. The one time the South was blasted with a blizzard-like conditions, the guys in my fraternity played a tackle football game on one of the athletic fields. Jews vs. Gentiles. I was one of the few McCatholics in my fraternity and us Gentiles were outnumbered by Jews. The craziest guys in our house who played football in high school (we didn't have a football team at my University) were also Gentiles. Even though my Jewish friends had more troops than us, we won the snow game by a narrow margin. It was one of the last times I can recall rolling around in the snow. Frolicking. Smashing faces in the snow. The numbness in your hands and toes. I was 20 at the time... and on the cusp of manhood, yet I got one last glimpse of a childhood-like moment in a winter wonderland.

I spent most of my 30s fading the winter months so much so that the term "wintry mix" was no longer on my radar. I moved to Las Vegas in 2005 and joined the poker circus and then spent several years living out of my suitcase while covering the international poker circuit. Along the way, I faded the winter and spent a couple of Januaries and Februaries covering tournaments in the balmy Caribbean, or in Los Angeles, or even traveling down under to Australia a couple of times, where it was the middle/end of summer in the Southern Hemisphere. I got lucky and skipped the most miserable time of year in NYC... when you were utterly sick of the bitter cold, and slush, and salt stains, and all you could think about was walking around without a jacket. and wondering when Spring Training started.

When  I finally settled down in Los Angeles with Nicky and reduced my travel schedule, I got to enjoy a January in SoCal. It was warm. It was pleasant. Nicky along with everyone else in SoCal walked around bundled up in winter clothing, but I was thrilled that I didn't  have to shovel her car out of the driveway or worry about twisting my ankle on ice.

Now that I'm back in Los Angeles after a two-week sojourn to my old hometown, I desperately miss NYC and its four seasons. The only saving grace about SoCal? The moderate weather with endless sunshine and those postcard-esque sunsets.
by Pauly at 1/04/2013 12:04:00 PM