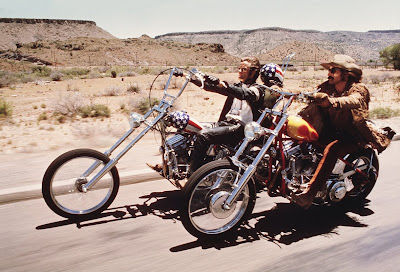 2013 is a mystery shrouded in deeper questions. Will our overall collective consciousness be raised? Will singularity be ushered in? Will the dollar and financial system crash? Will anarchy prevail and Western Civilization fall into local crime syndicate control? Will America be ripped apart by a class war? Will some of us live in plush green zones while the rest of humanity fends for itself in a vast wasteland?

The Great Turning upon us. Will our society be able to hold their actions or act differently for the greater good? Will we be able to adapt to the structural changes in society that our so-called elected leaders (doing the dirty work for corporations) are implementing for the good of the people? Is society prepared for multiple shifts in consciousness?

Those are all valid questions that will go unanswered this year. The bigger picture will not become clearer, rather, it will continue to get cloudy and murky and undecipherable.The powers that be don't want the masses to gain too much enlightenment because if the general public finally figures out most of the systems in place and the institutions that help maintain control are run by hypocritical and corrupt used car salesmen, then the entire system crumbles to its core.

Welcome to 2013. It's going to be another weird year. A lot of friends had a rough 2012 and I was with them. For some of them, relief is coming and 2013 will be a much better year. But I'm afraid that for most of us, things are only going to get worse. That's why it's important more than ever to appreciate what you have instead of what you don't have.

2012 began in a weird spot for me philosophically, politically, and creatively.  I was living in San Francisco with Nicky and Halli and I had embarked on a 6-week hiatus from social media. The original reason was to carve out more time to create and to shield myself from the static, which helped contribute to my overall malaise. When you see your (well-educated) peers acting like morons on social media, it's hard to have a positive outlook on everything. We've digressed into monkeys throwing shit at each other.

The brief hiatus from all things social media and a serious reduction in lazily hanging around the internet was also a self-imposed exile that forced me to interact with the real world, instead of fluffing up or stirring the pot in the virtual world. I waste a significant amount of my daily activities dicking around the farthest corners of the internet as an info junkie. I needed a break. I was getting burned out with information overload. Facebook had become too vapid. Twitter had plunged into negativity. Both became bastions for futile and meaningless arguments. There was zero political discourse and lots of angry people pointing fingers, demonizing each other, and acting like spoiled infants. I was drowning in the useless minutiae that friends and strangers were detailing about their lives -- both banal and exciting.

Most of all I hated myself. I did the only thing I could to preserve my sanity... I pulled the plug.

The internet is the bane of my existence. It's a nasty habit to shake considering I build websites, create web content, earn a living, and take part in a multiple online communities. I eventually ended a hiatus... slowly at first... before it took a few weeks to return to full blown Internet junkie mode. But when I returned, I felt less inclined to share my thoughts. I felt as though I polluted the interwebs for years with my verbal diarrhea and for the sake of humanity, it was probably best for everyone involved if I just shut the fuck up for a year or so.

Now that it's the new calendar year, I'm looking back at where I was on January 1, 2012 and I wish I had the balls to pull the plug again... but this time for good. It's impossible. It won't happen because of what I have to do for a living in 2013. Online poker has been demonized by the gatekeepers and I'll have to pay more attention to the sporting world in order to pay my bills. I also have several newer projects to work on... both creative personal and writing projects things that I've been dying to do for years, or a collaboration on work projects that will be able to keep a roof over my head and help me afford to travel and take cool trips to see amazing music and visit many dear friends.

The new year begins with a positive outlook. It takes a few weeks or months to get totally jaded by real world activities, but I'll try to keep my head down and focus on small, simple pleasures like creating new things and writing as much as I can (like in this dusty, dilapidated place).