I have created well over 5,000 individual blog entires spanning several different blogs. That's too many. Most of them are piss poor.

I watched as much as the Yankees-Mets Subway series as I could. Talk about shitty fielding. Hideki Matsui is clutch. After their 11 game winning streak, the Yanks are now 2-2. 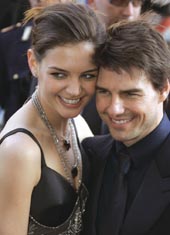 I also caught some of the NBA playoffs, specifically the West Finals. I'm a fan of Steve Nash, but the MVP can't beat San Antonio. I like the Spurs in 6. I chuckled during the post-game press conference when Steve Nash, who is Canadian, let out an obligatory, "Eh?"

Jimi Hendrix makes me laugh everytime I hear his live version of Like a Rolling Stone. He mentions something about the song was dedicated to Bob Dylan and his grandmother, who is supposedly standing behind him. I'm 100% sure Jimi was tripping on acid at the time so I don't think Grandma Zimmerman was really there. Anyway, at the end of the song he mentions how me missed a verse. Nice.

I wrote a lot last night and this morning. Somedays I feel good about the content of my work. Recently, I've been paid a ridiculous amount of money to write what I feel is rubbish. My editors really like my work, but I feel a wave of guilt that I'm not giving out my best writing. It's not that I'm not trying, I'm doing the best I can with deadlines and such. It's much harder to write an assignment than it is to write from the gut. I'm pumped for Vegas because I know everything I write will be what I see and experience. Vegas is one of the most inspiring places for me as a creative person. It's the energy and dark side of that town which gets me fired up to write.

I got a call from a sad friend this morning. It brought me down a little bit, but I did my best Bill Clinton impression and that always seems to brighten up everyone's day.

I have not seen Star Wars yet. I know a handful of folks who saw it twice already. Man, did you guys dress up like Storm Troopers?

I've been getting a slew of emails telling me that Katie Holmes appears on Oprah's show this afternoon. Tom Cruise is the guest, but Katie appears to help smoke screen those "gay rumors." Yeah, I haven't watched Oprah in years. Time to fire up the bong and watch that train wreck.