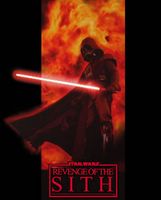 Happy Mother's Day! Man Tells Police He Locked Dead Mother In Freezer For Years I wonder is he's related to Norman Bates. I'm sure his neighbors said, "He was a really quiet guy. A bit of a Momma's boy, if you ask me."

Here's the Kate Beckinsale picture of the day. I love the fact she's clutching her smokes instead of a cell phone!

In today's frat boys news blurb: UC Berkeley Fraternity charged in pellet shooting. Nice. Brothers shooting naked pledges with pellet guns. And to think that I was pissed when I got Alpo thrown at me.

I love this item, which I should post to my poker blog: Four Surveillance Camera Operators at N.J. Casino Accused of Ogling Female Patrons. You gotta love Atlantic City security. They'll keep an eye on your chips and your girlfriend's cleavage.

Speaking of gambling here are some hilarious Asian gambling superstitions. Bald men and virgins are bad.

Ecstasy's The Rx For Bummed-Out Iraq Vets made me think about enlisting.

File this one under... fucked up! The Saudis arrest 35 people who attended a gay wedding. Those poor fellows are most likely going to be tourtured. Wasn't W holding hands with some Saudi big wig? Doesn't that get your hand cut off over there?

I wonder what Thomas Friedman would have to say about that? Instead, here's a recent op/ed from Mr. Freidman called What me worry?

A new huge planet 230 light years away was discovered. I thought that was pretty cool. Let's send SG1 to investigate.