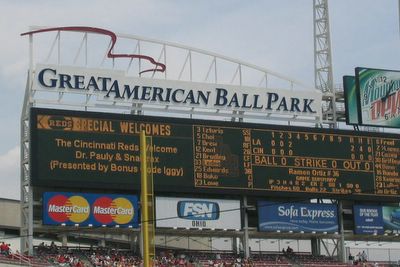 Well, I am back in New York City after a wild three day, three state bender. I have enough material for an entire novel. Seriously. It was one of those weekends. I shall break up the trip report into three or four parts, starting with the first installment (with pictures) on Tuesday, so stop back then. 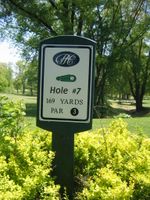 Some quick highlights:
1. I played poker in Indiana against a guy with 6 teeth.
2. I puked in between hands then came back to the table to win a tournament.
3. I watched the Kentucky Derby... in Kentucky.
4. I played "Cornhole" with Daddy and Lori watched.
5. I hit on a Waffle House waitress named Tabby, who looked just like Julia Stiles.
6. I played 18 holes of golf and made a serious dent into a case of beer with Daddy.

Yes, the nasty rumors are true. I puked twice on Friday and once in Daddy's car. And in case you were wondering... the above picture is real and was not run through photoshop. Iggy is the fuckin' man! Despite the fact Iggy is "an alcoholic cut and paster and Noble Poker whore," I'm super lucky that I get to consider him a friend. Iggy hooked us up with sweet seats to the Reds game and if that wasn't cool enough, we were mentioned on the Jumbotron. He also rented us a suite at a hotel in Kentucky where he hosted his home game and I got to meet some of Iggy's crew (TDub, Huggie Bear, Rick & GMoney). Style. Class. Debauchery. I also met two bloggers for the first time... UWannaBet and Rants of a Young Mind. Good people. Great times.

Oh and the Trey Anastasio Band kicked ass. After the amazing concert on Saturday, my friend Lori invited us to hit up a German bar over the river in Kentucky. We got uber-smashed and were one of the last groups of people to leave.

Thanks again to Daddy and Iggy for showing me a kick ass time in the Midwest. You can tell a lot about a man by the company he keeps and the quality of his friends. After hanging out with both guys for a few days and interacting with their close peers, without a doubt I can testify that Daddy and Iggy are some of best people I've encountered.